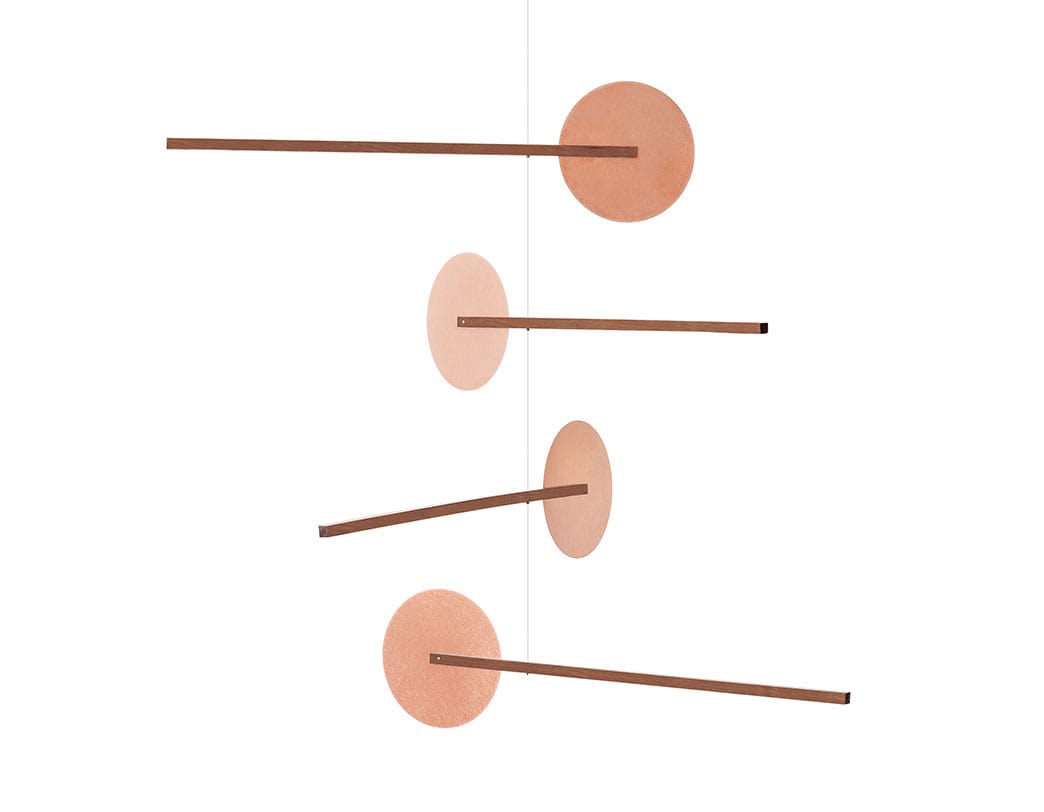 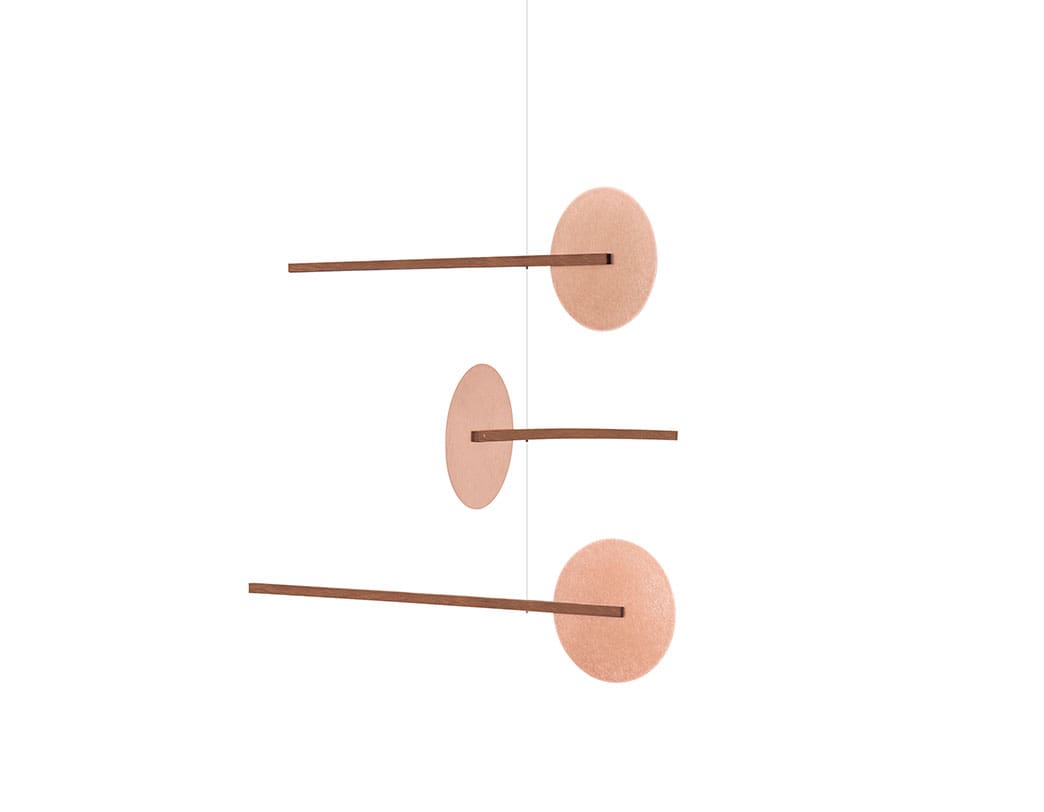 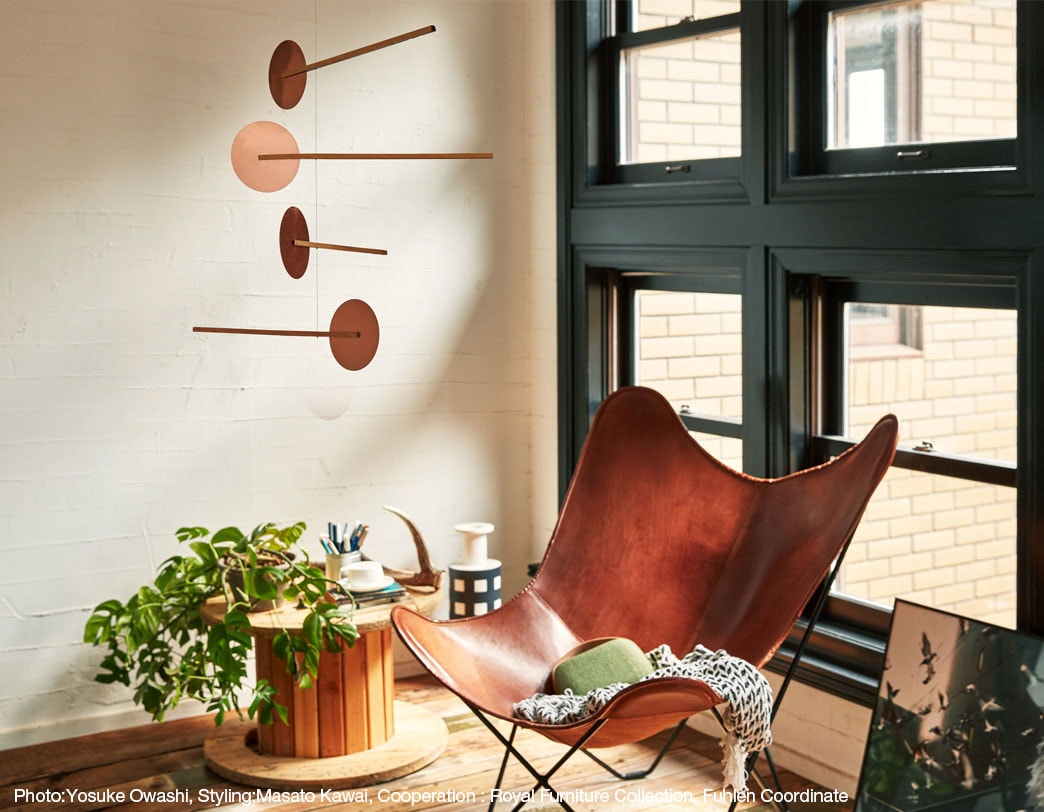 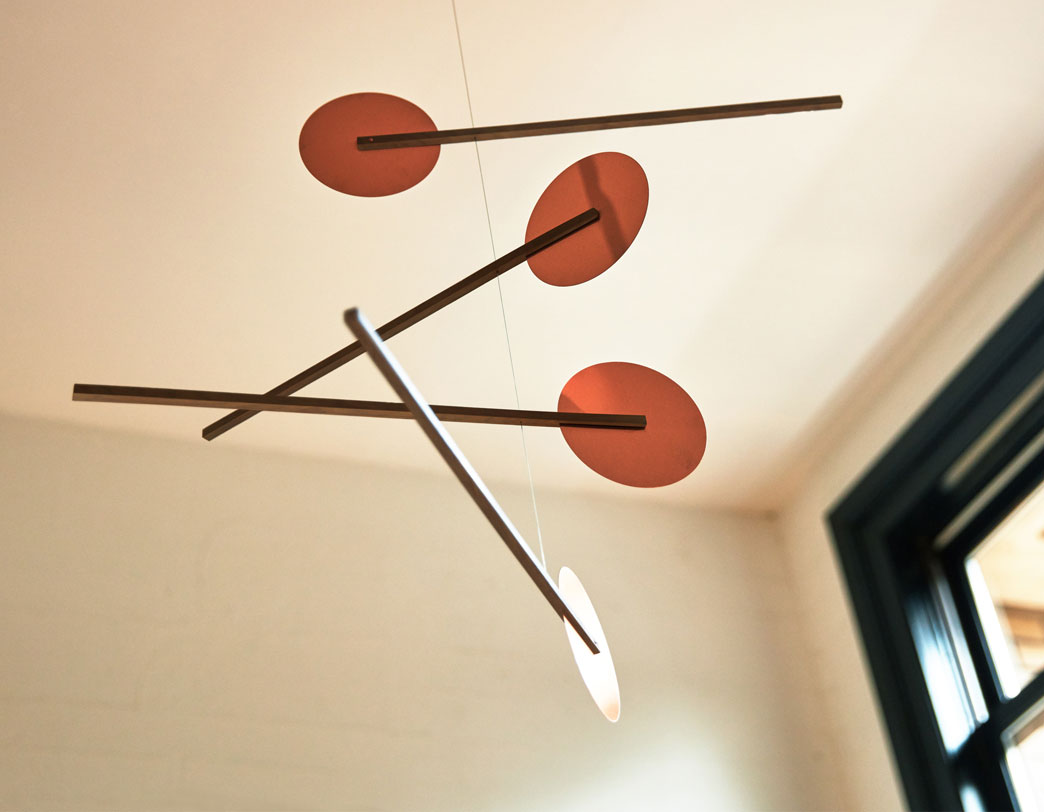 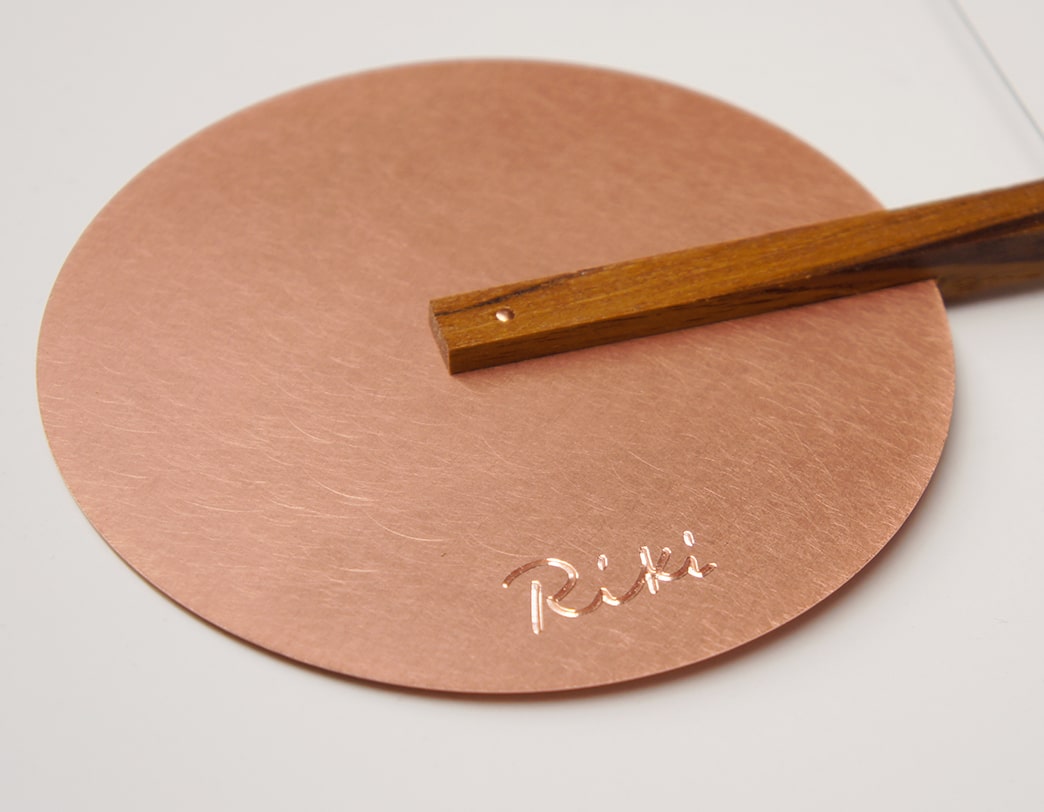 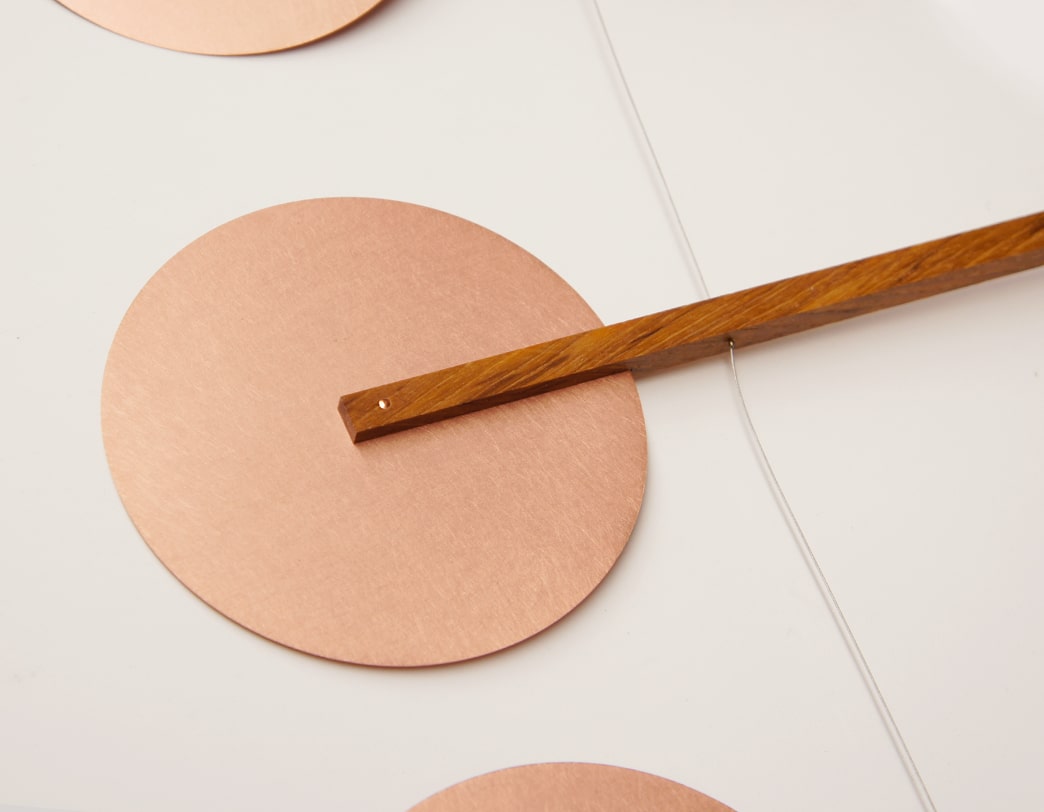 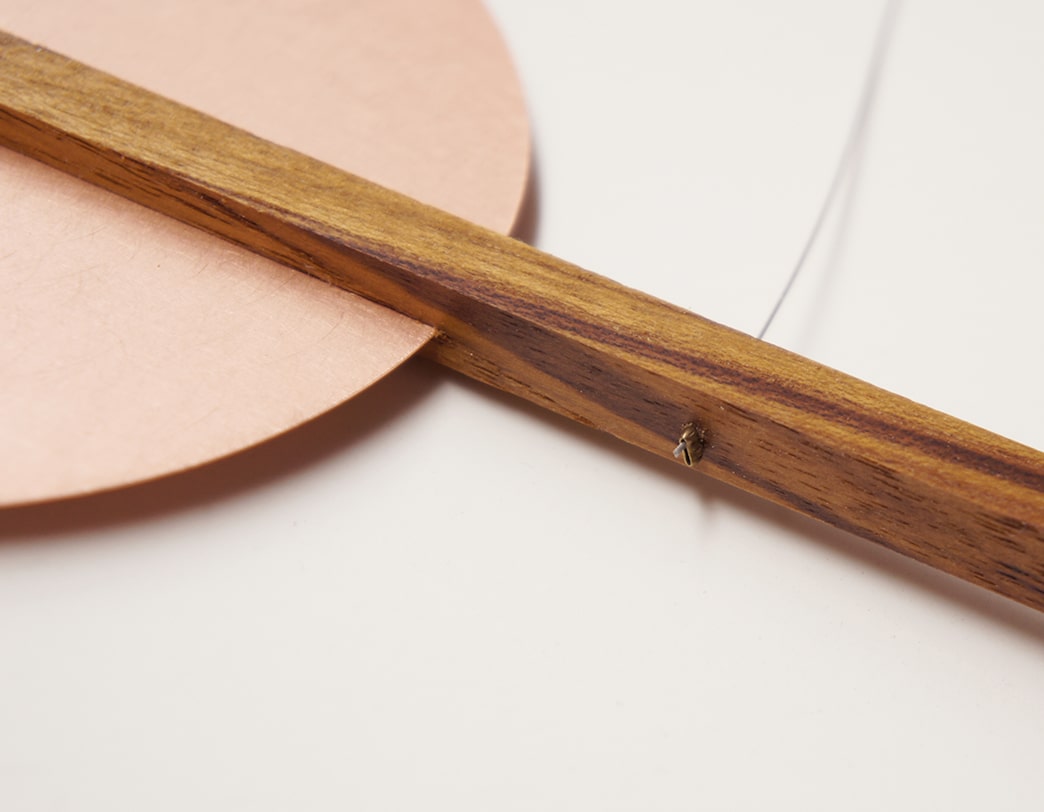 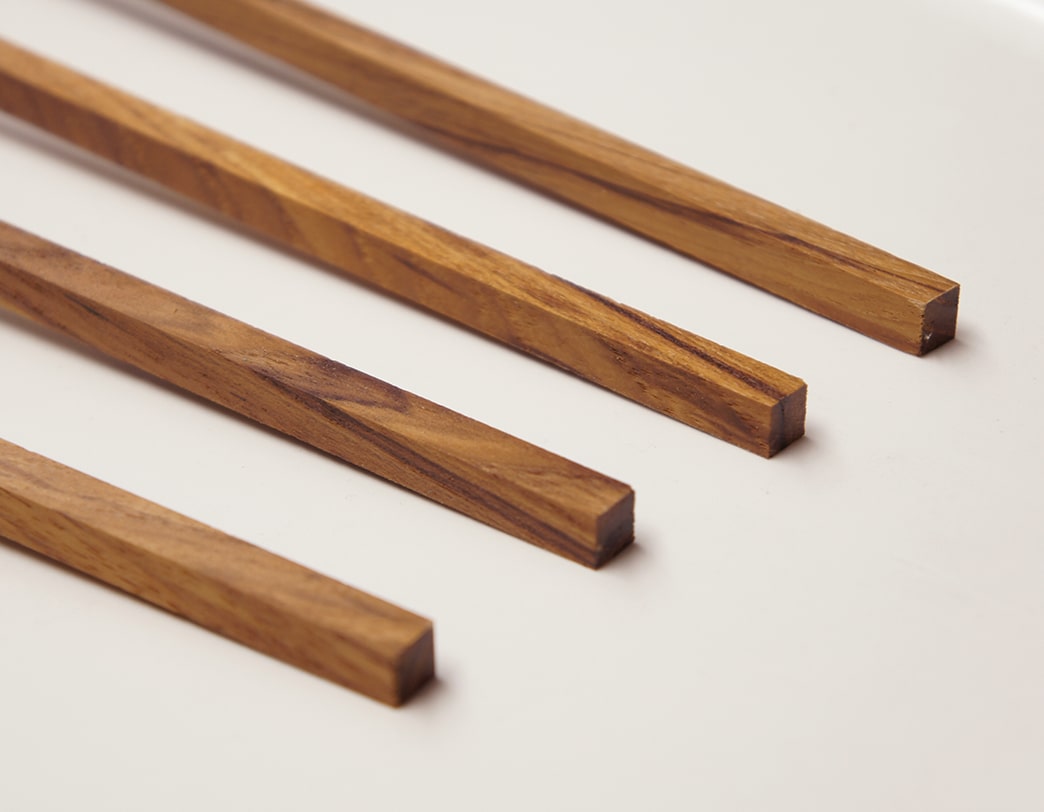 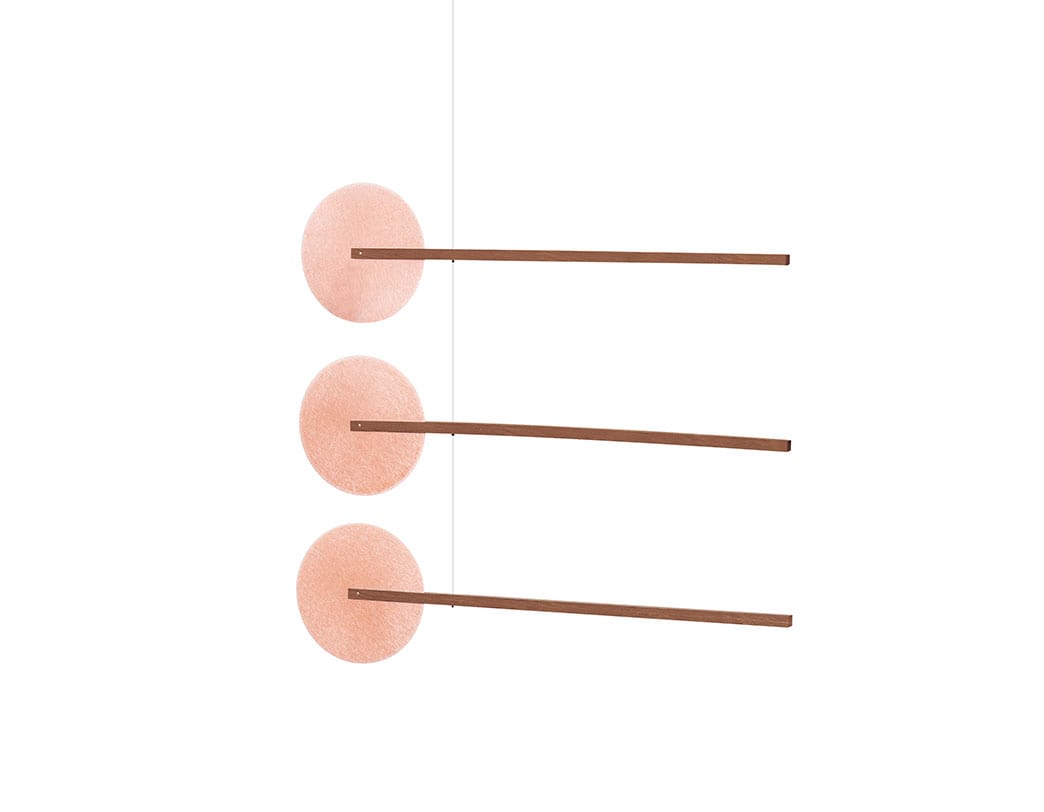 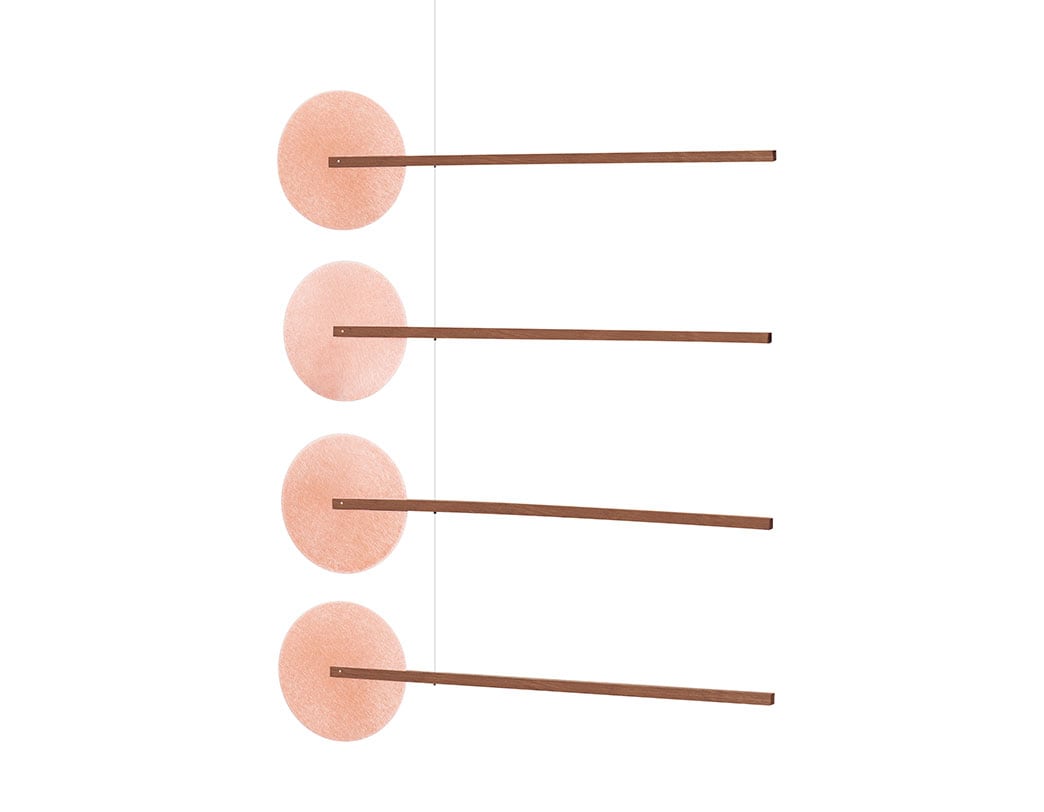 The item has been added to the cart.
Continue Shopping Proceed to Cart
Design: Riki Watanabe (1972)

Riki Wtanabe was one of leading person of design unit "Q Designers" established in 1956. In 1976, they designed a main bar "Chambre" in Shinbashi Daiich Hotel in Tokyo and for its interior they used copper which was Watanabe’s most liked material for the wall and also the mobile hanging in the space.
Metrocs revived this mobile as "Riki Mobile Chambre" in 2017. It is constructed by combining copper plates and pure teak, and creates a chic atmosphere through its combination of the solid feeling of materials and lightness of the form. The copper is vibration finished for the model in 2017.
There is "Riki" signature engraved on the bottom piece.