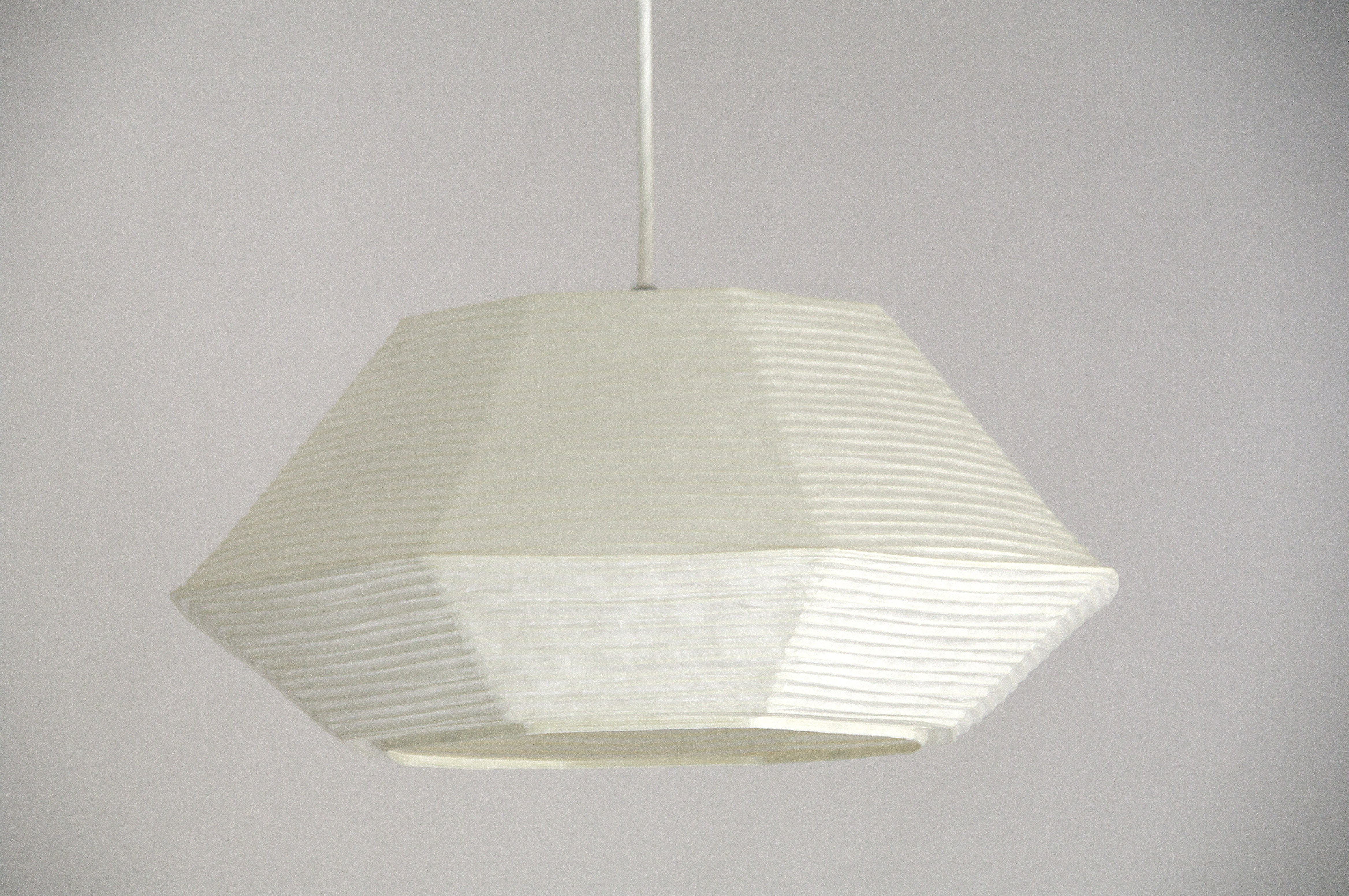 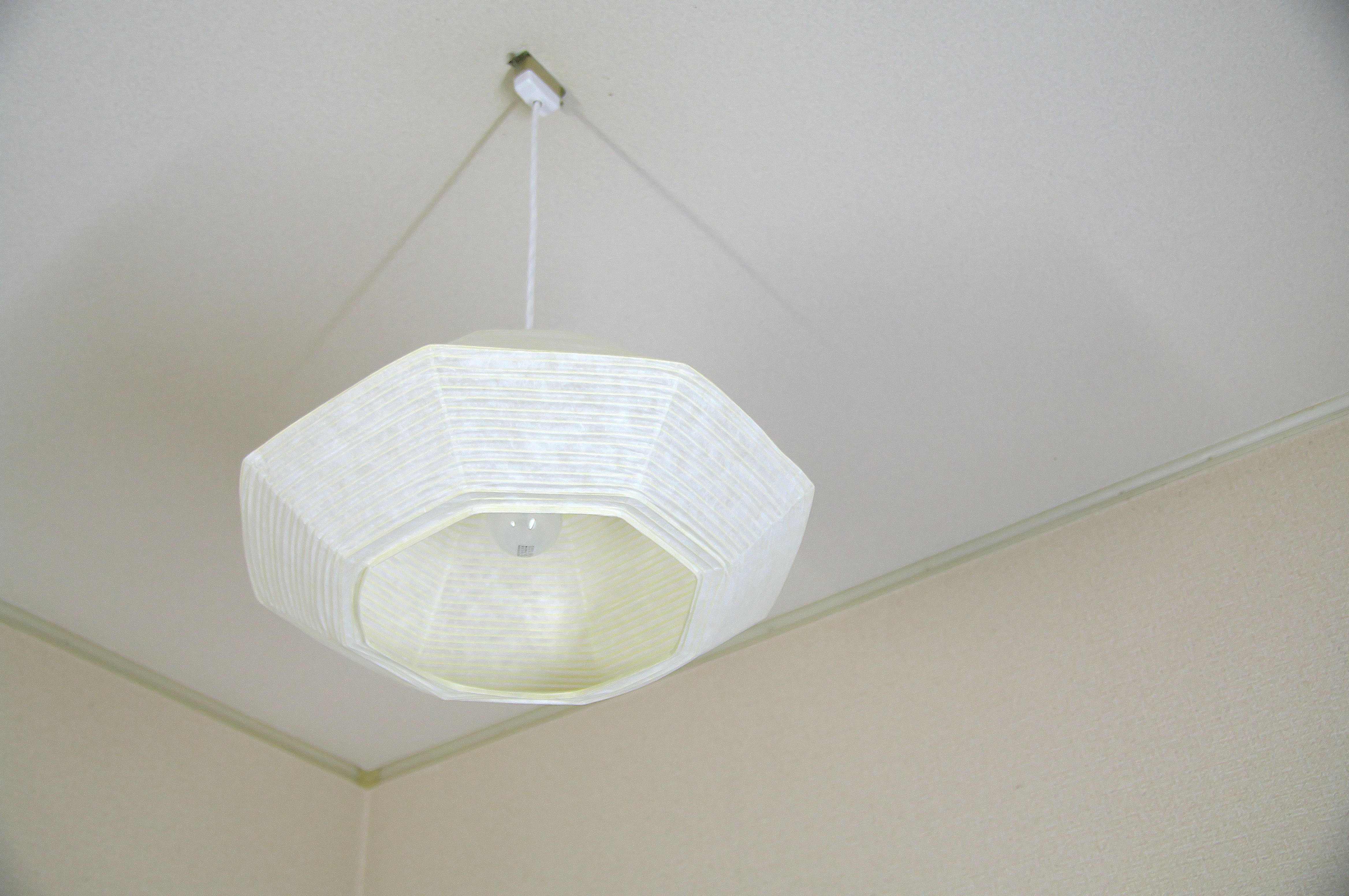 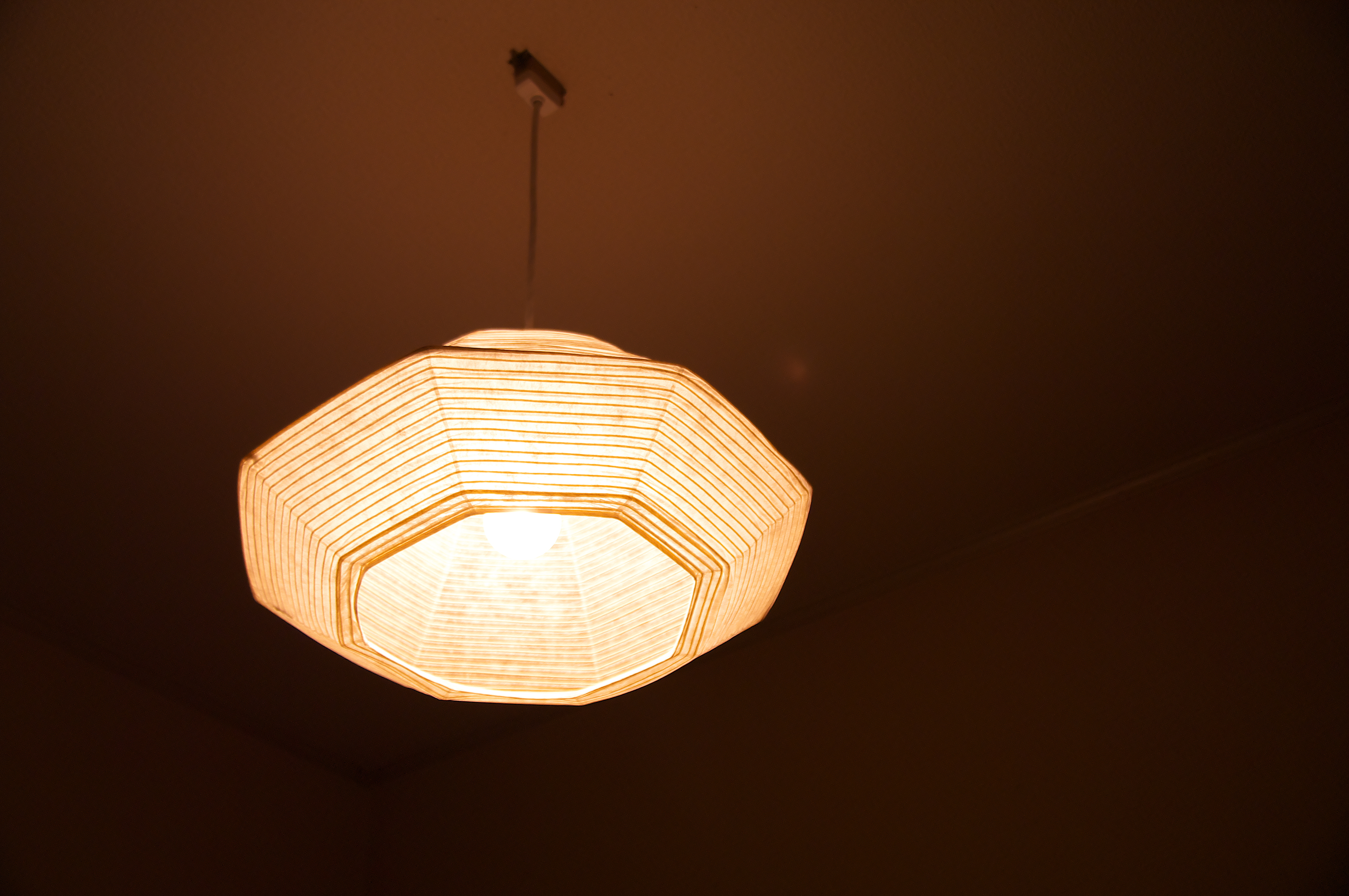 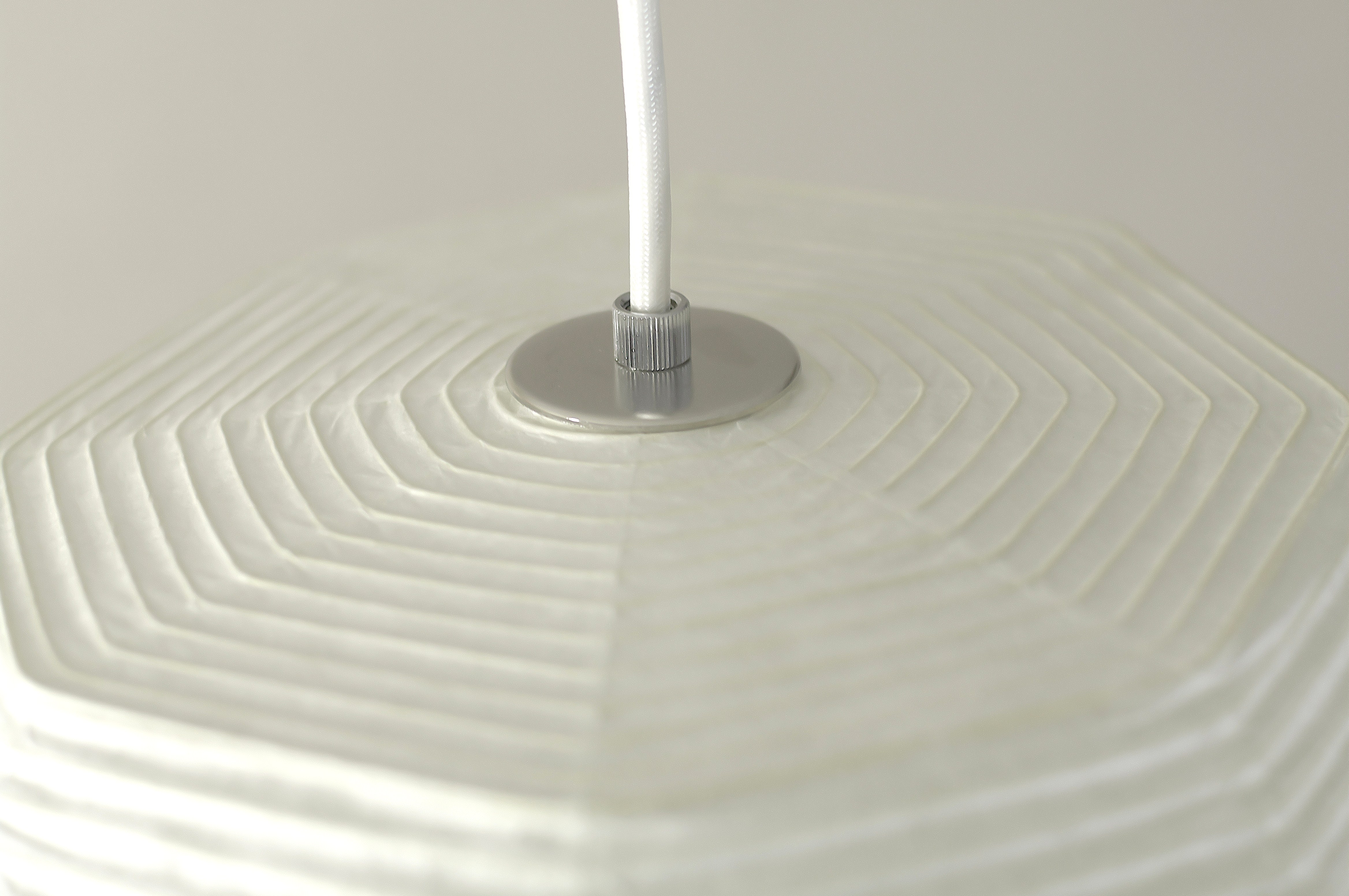 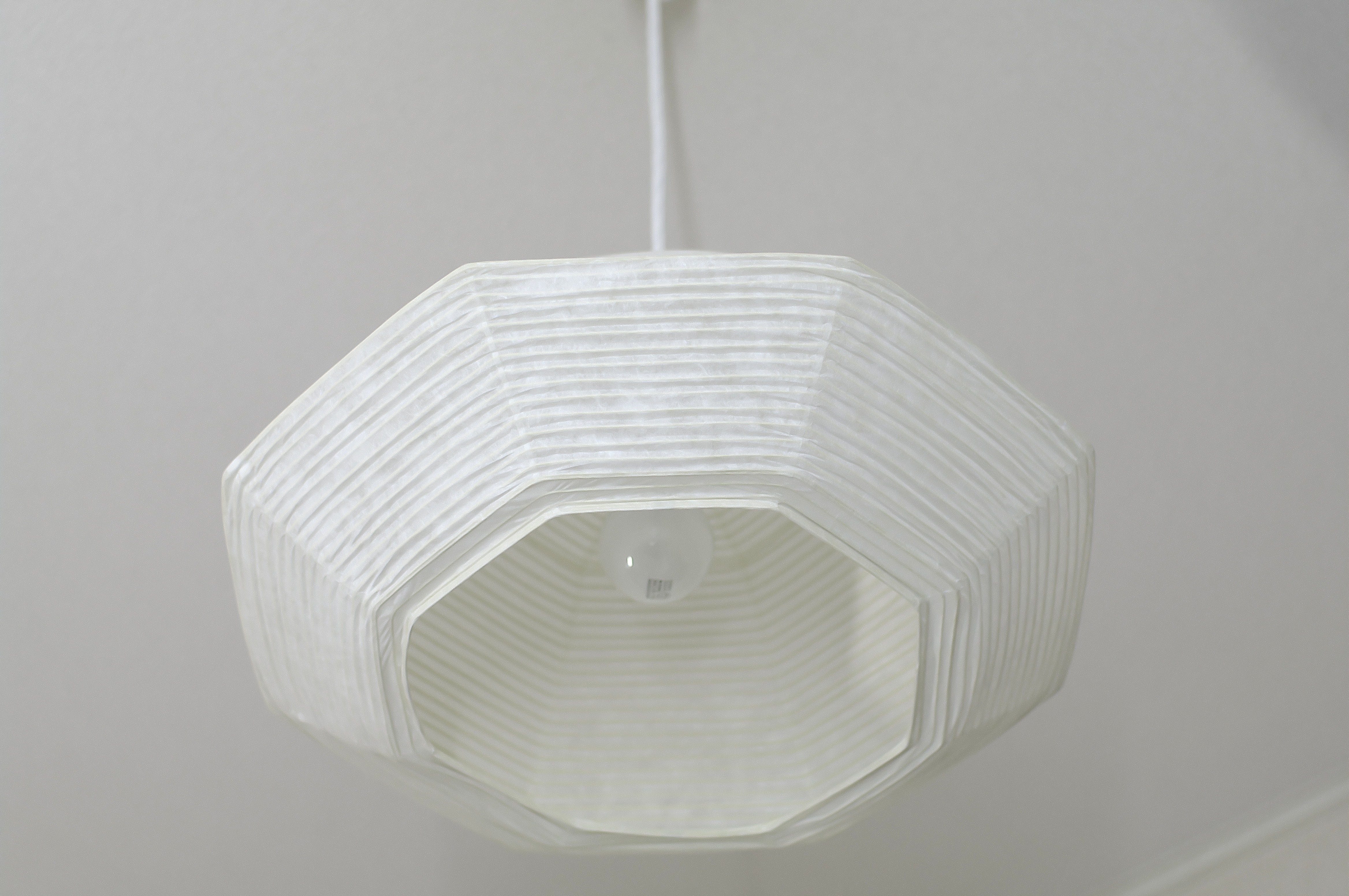 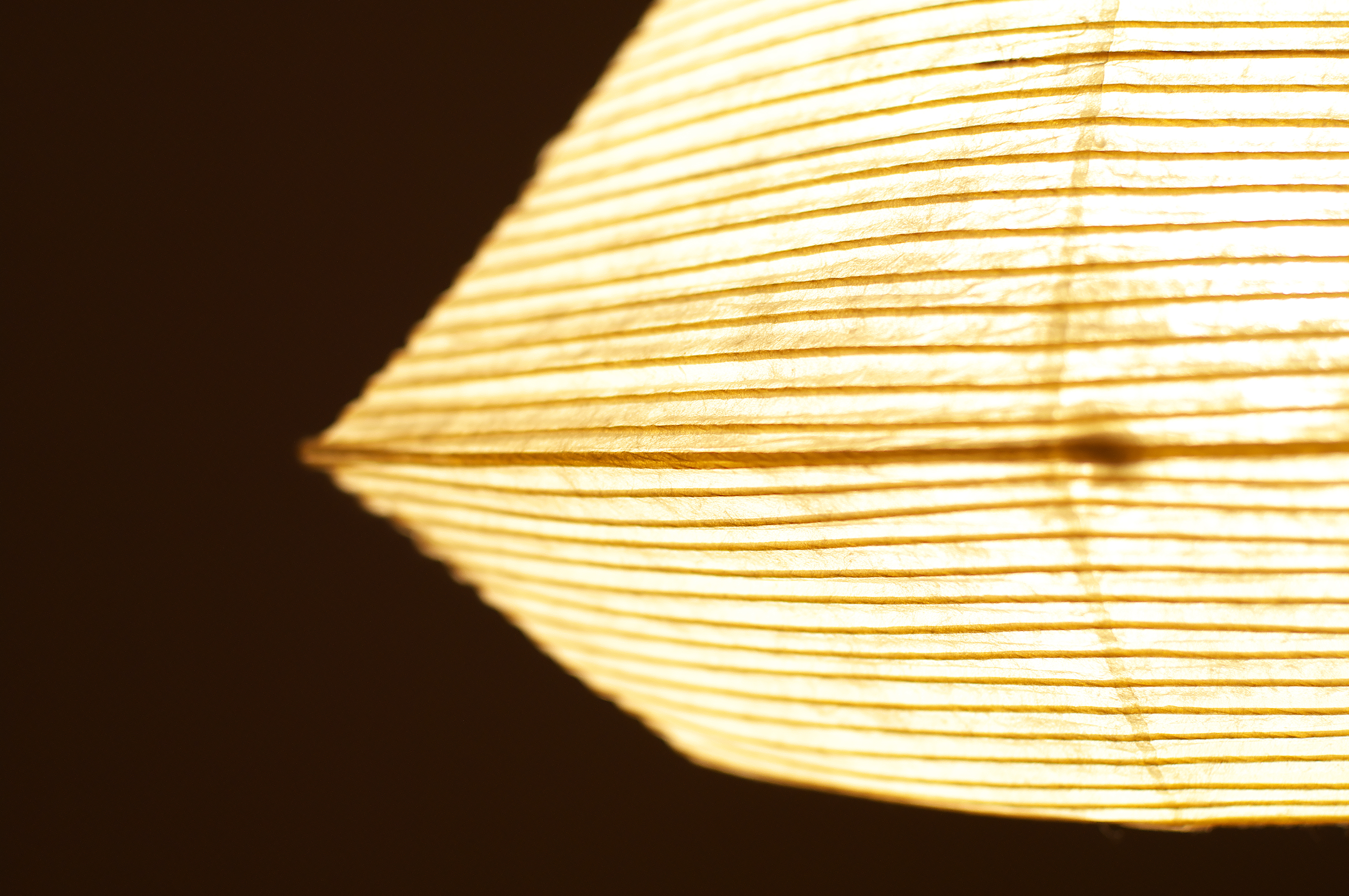 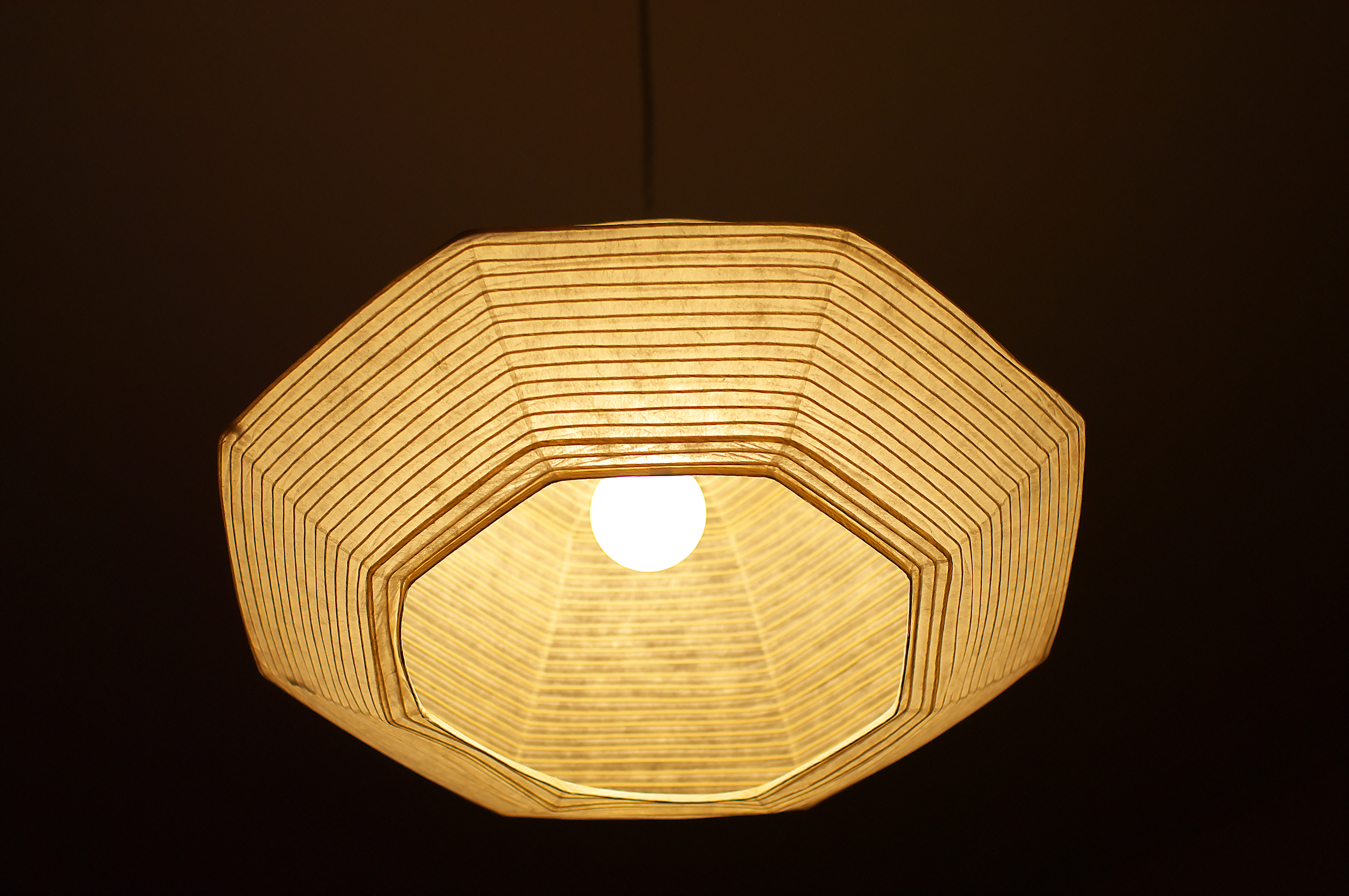 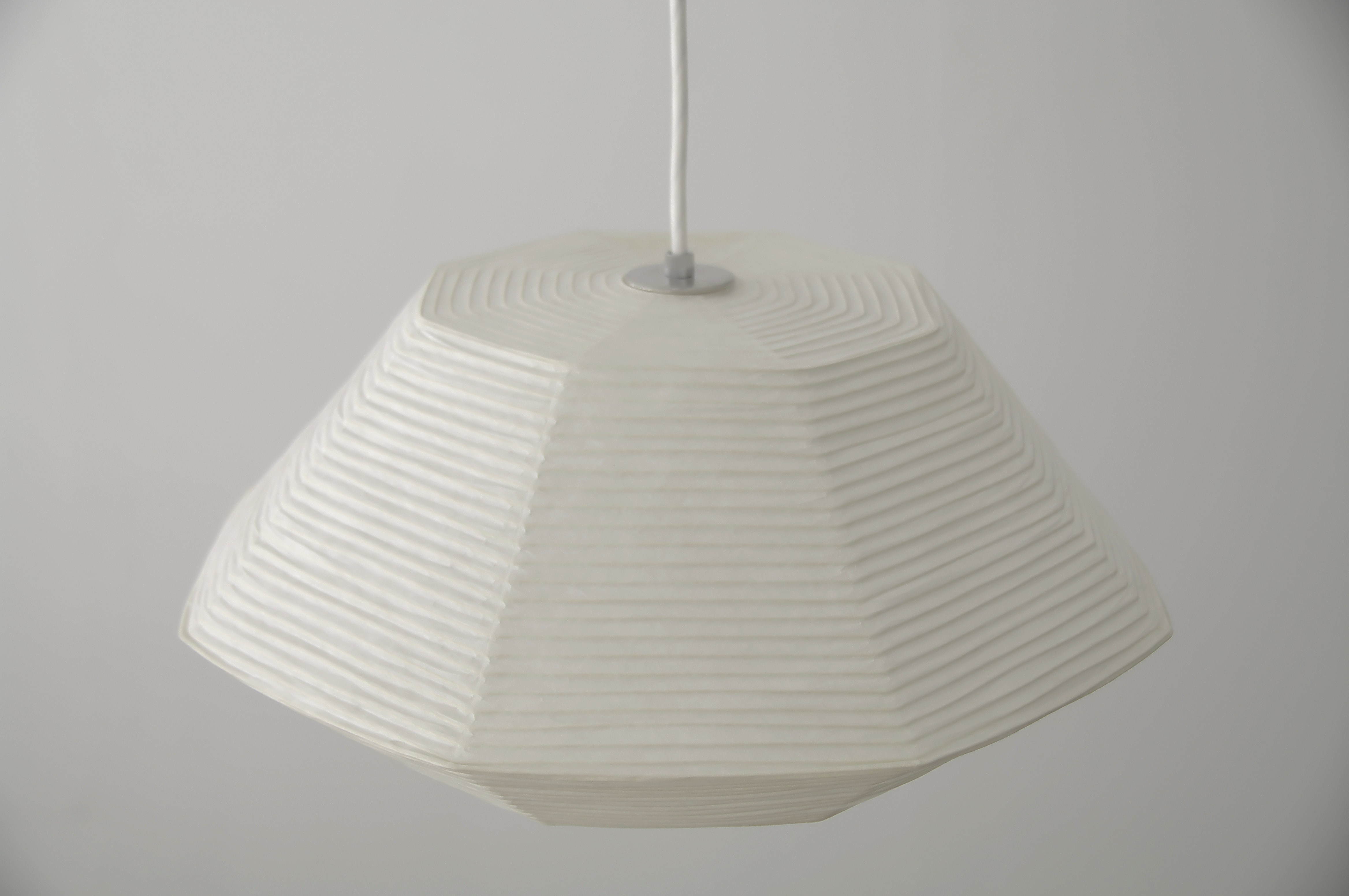 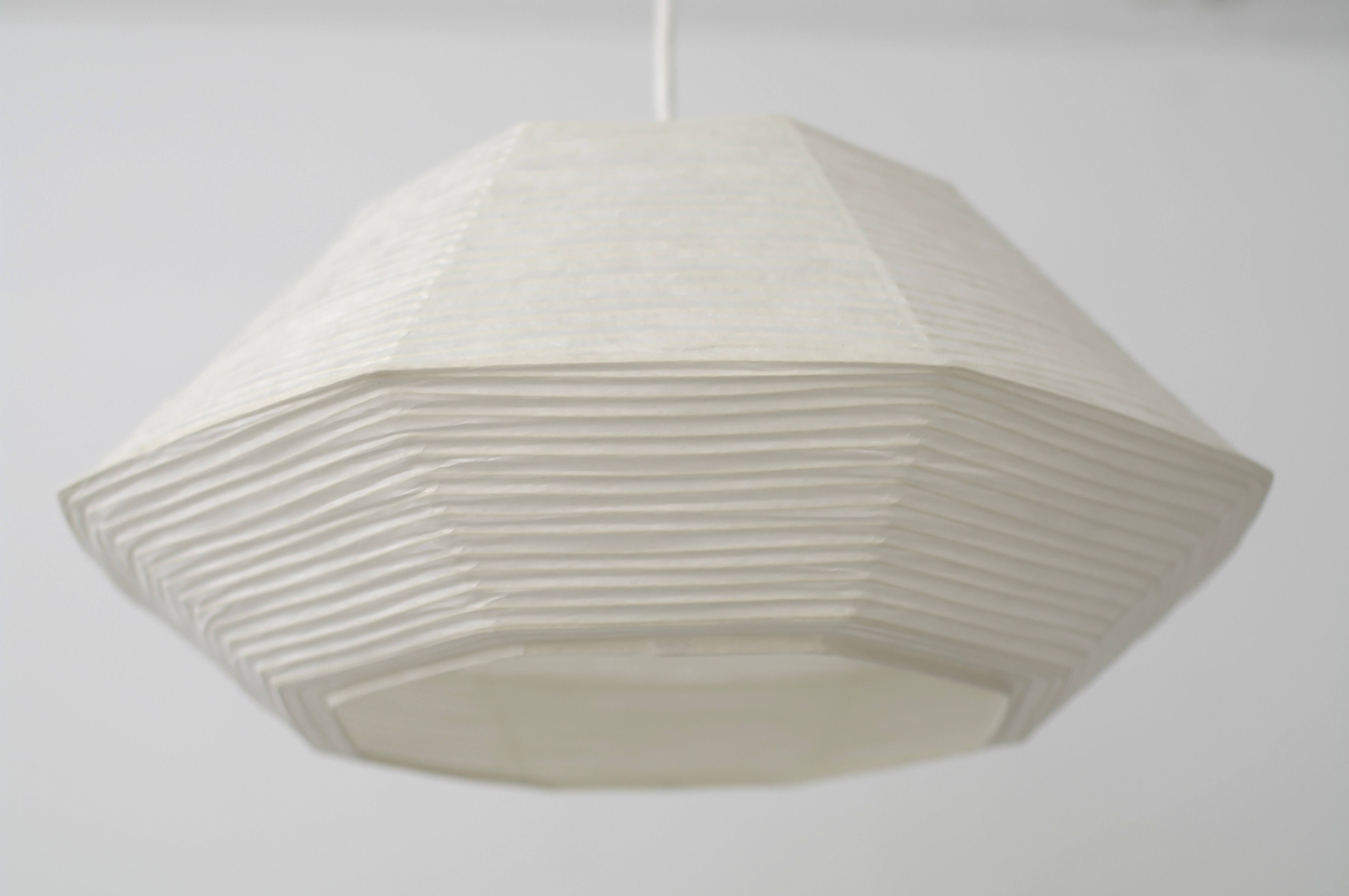 Japanese paper shades are made by the craftsmanship of Mito, which is one of Japan's three largest lantern makers. Lanterns are treated with coating to prevent from water and stains. It is also made by PET resin and starchy glue, which is good material for the environment. Usually many paper lanterns are applied with bamboo or wire, but this thin Japanese paper is wrapped around the PET resin to reduce the shadow of the paper itself.
In addition, a uniform octagon is expressed by heat treatment without using wire. It is a beautiful lighting that shines with the warmth of Japanese paper and the skill of delicate craftsmen.