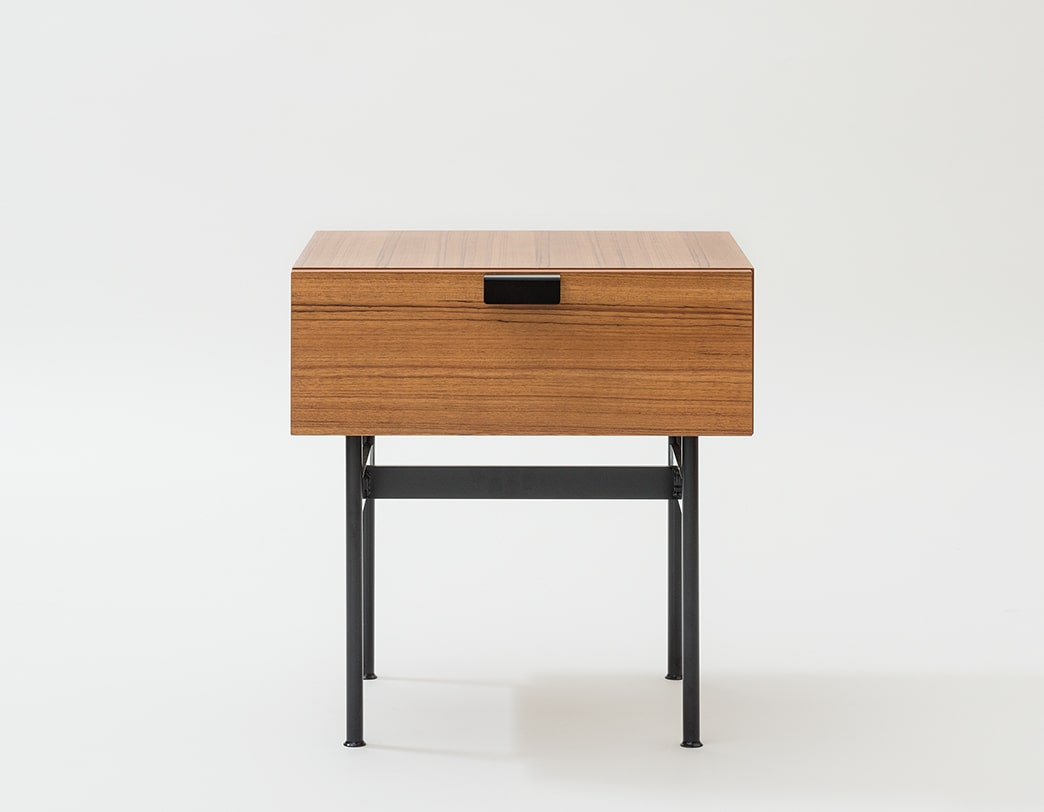 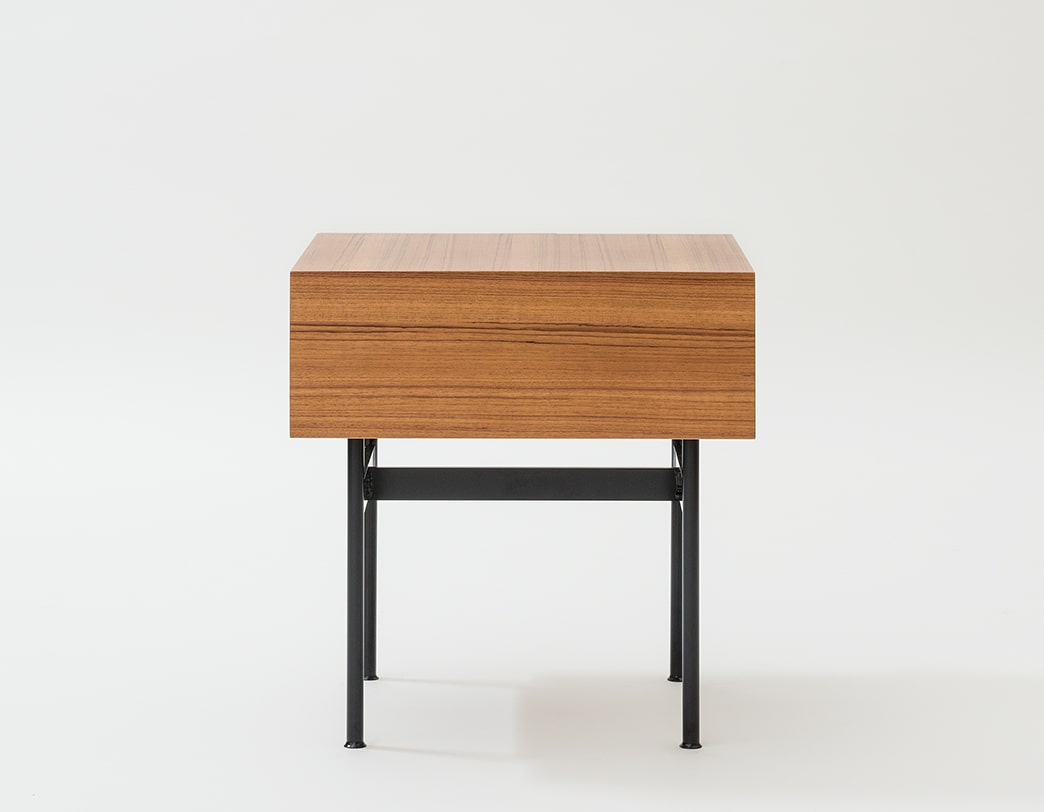 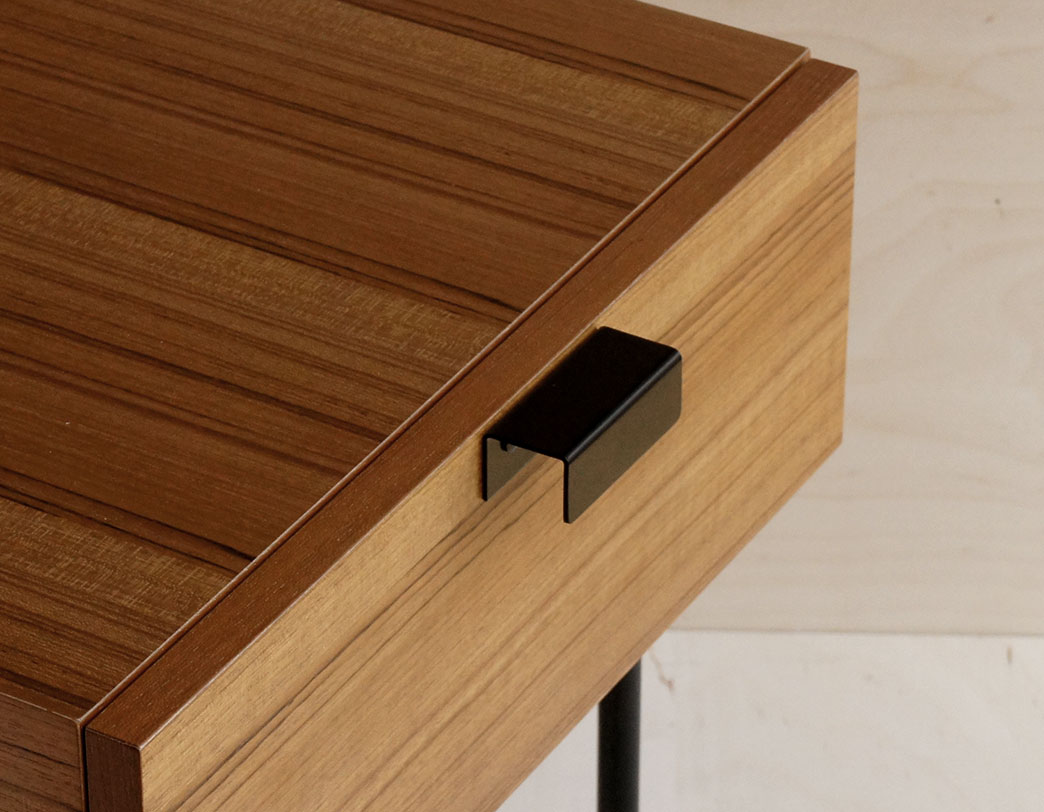 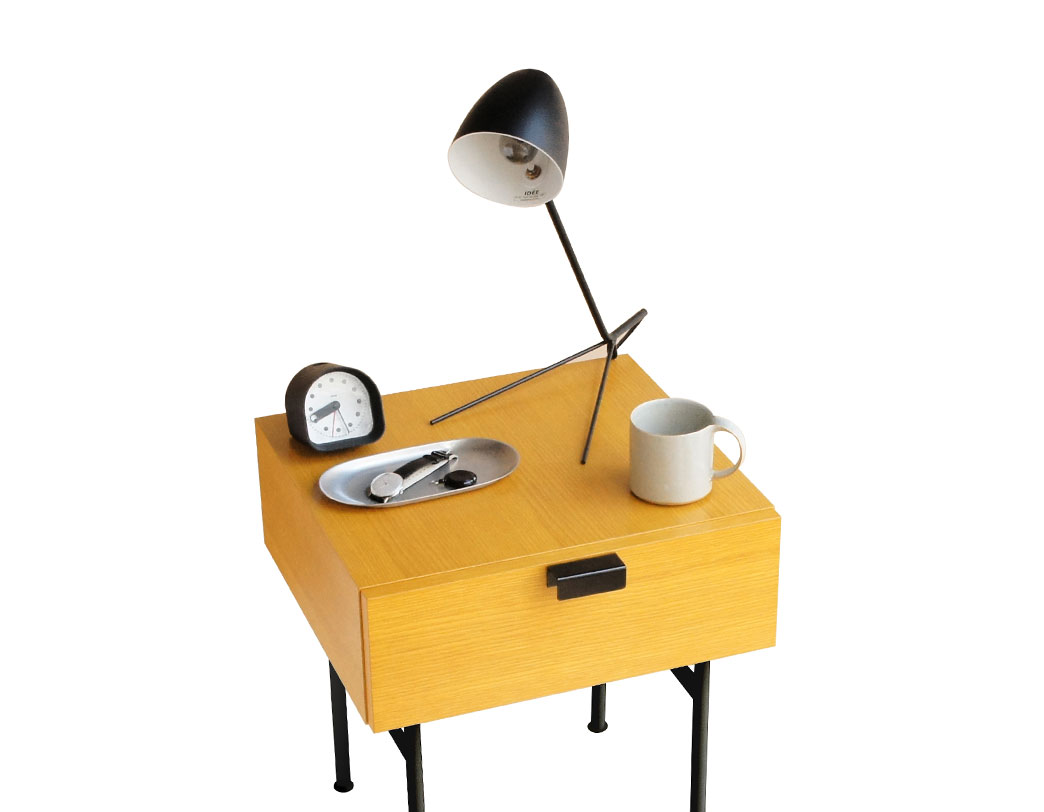 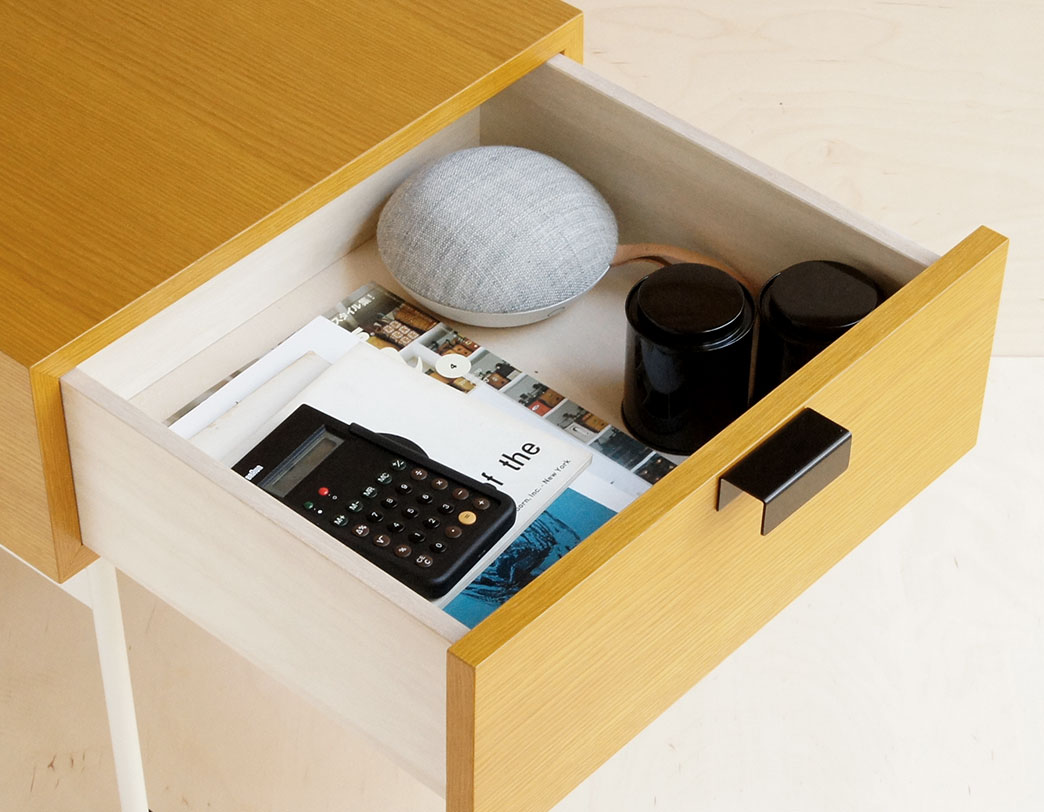 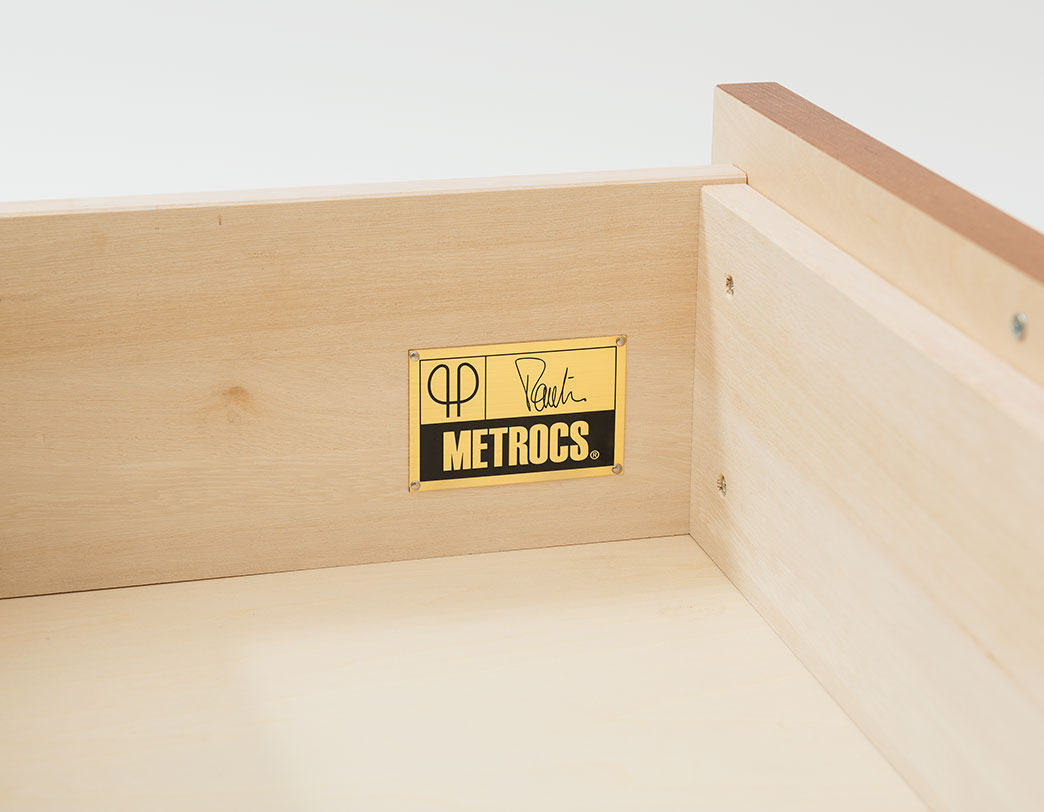 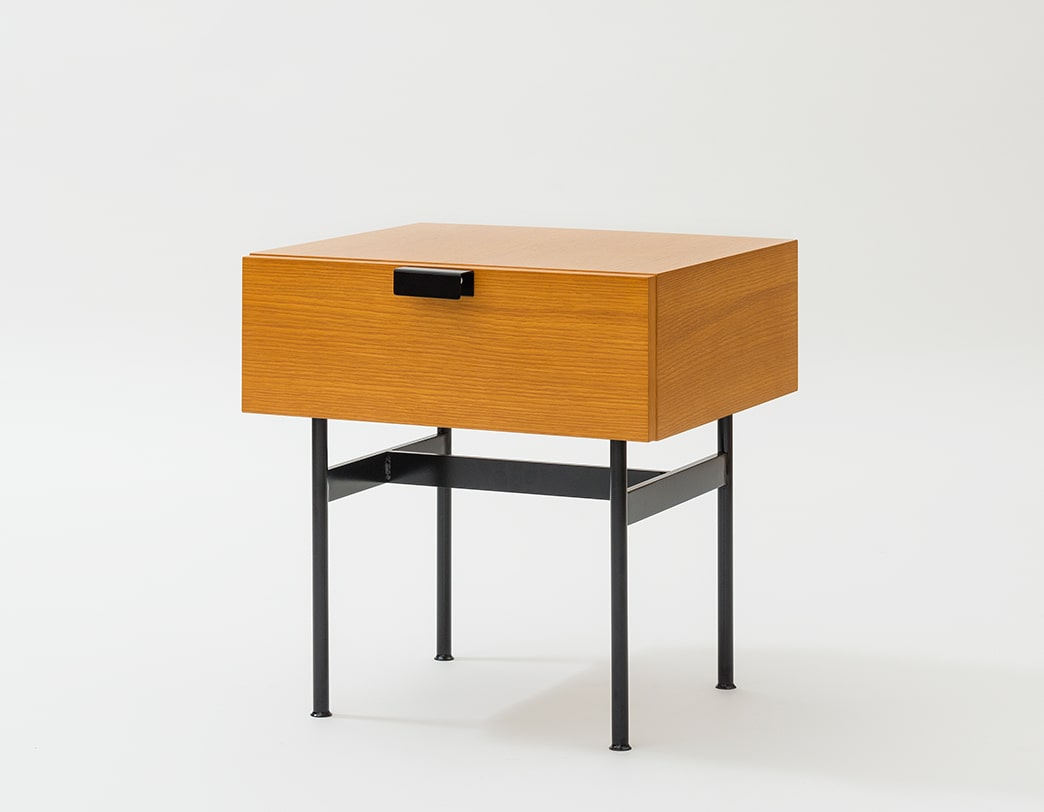 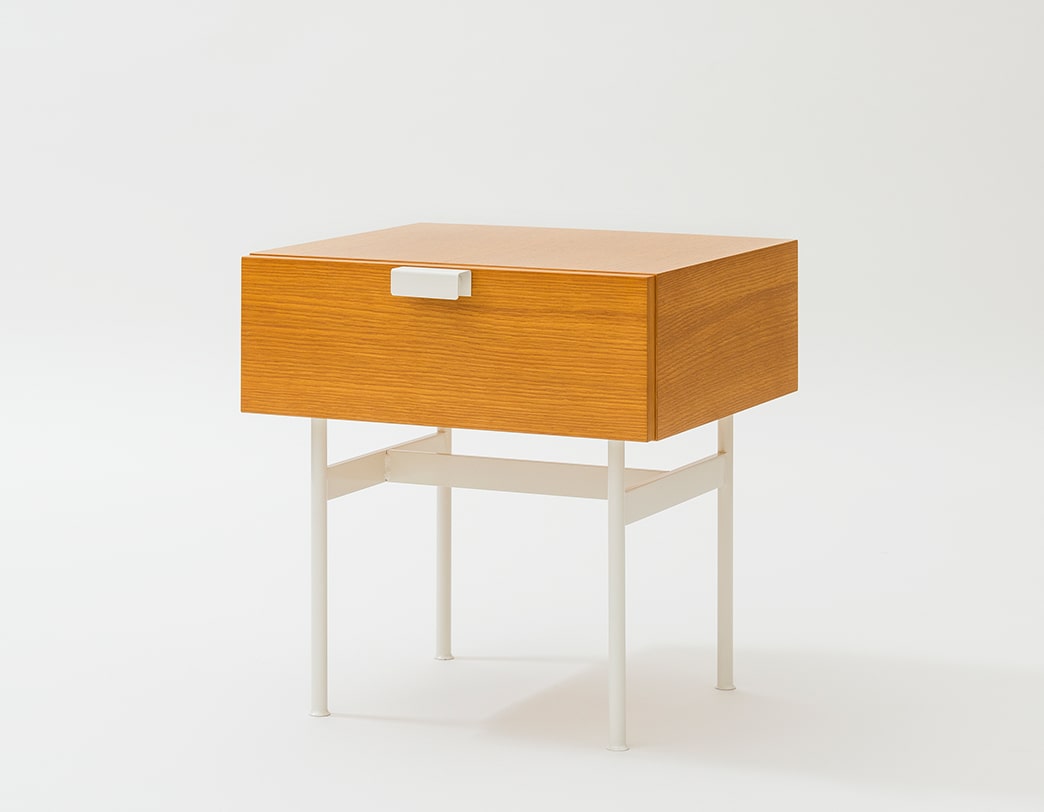 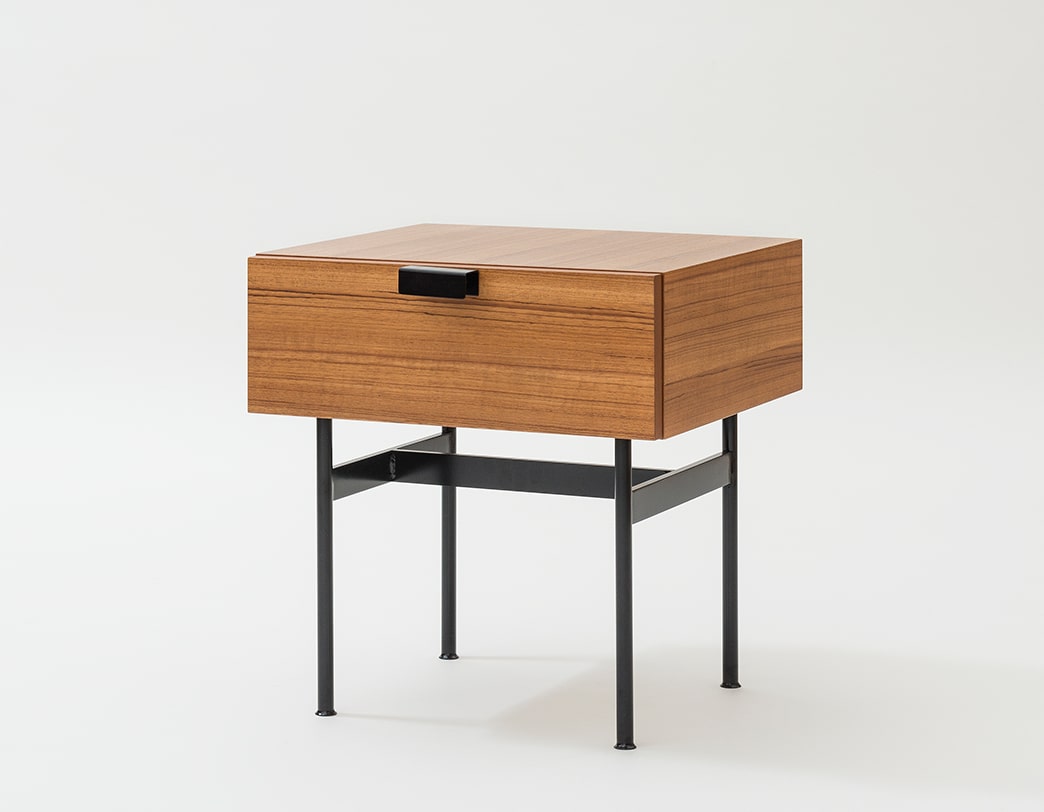 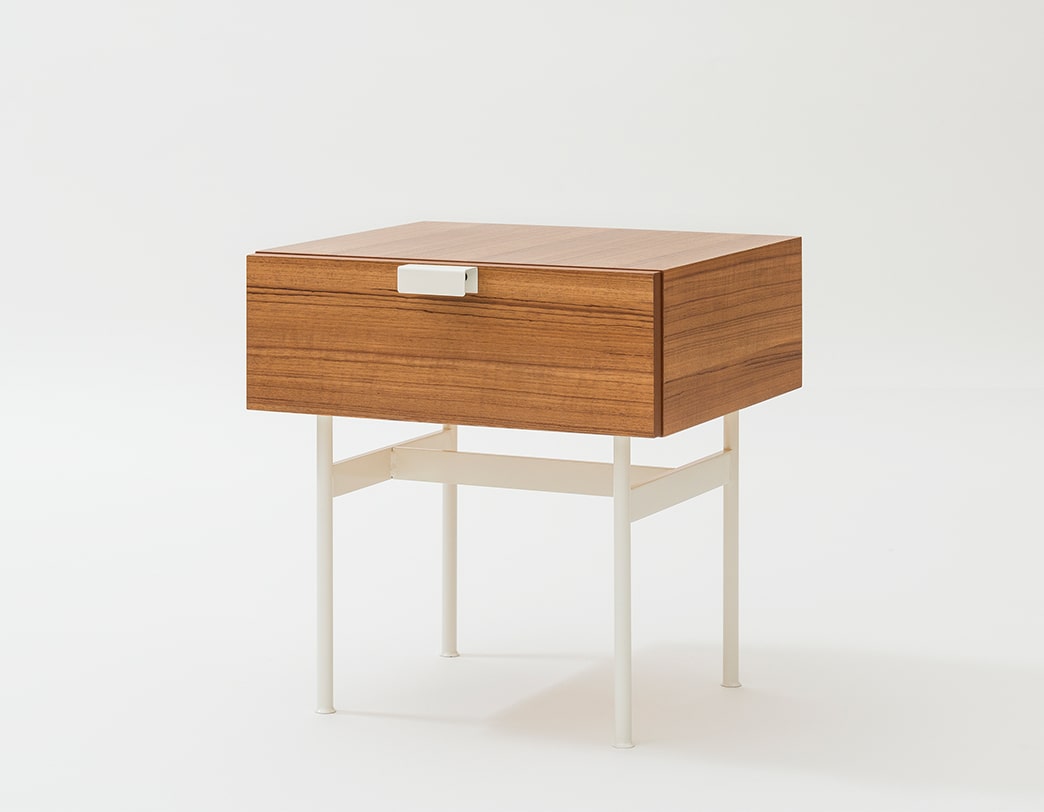 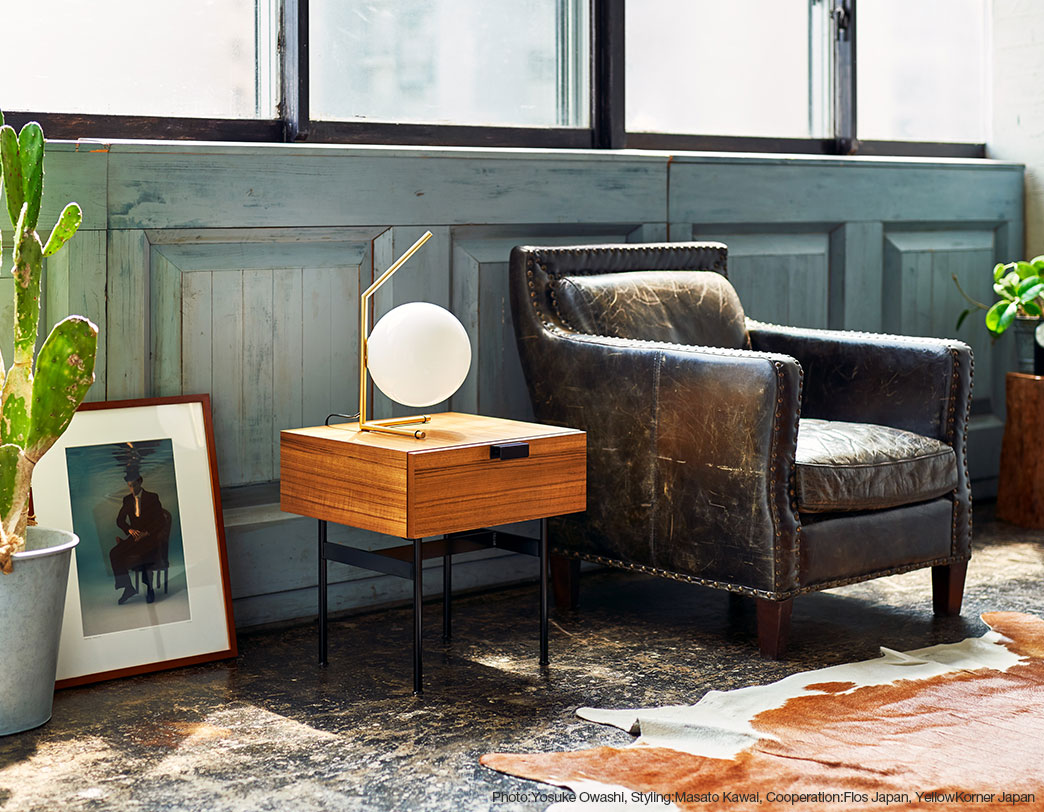 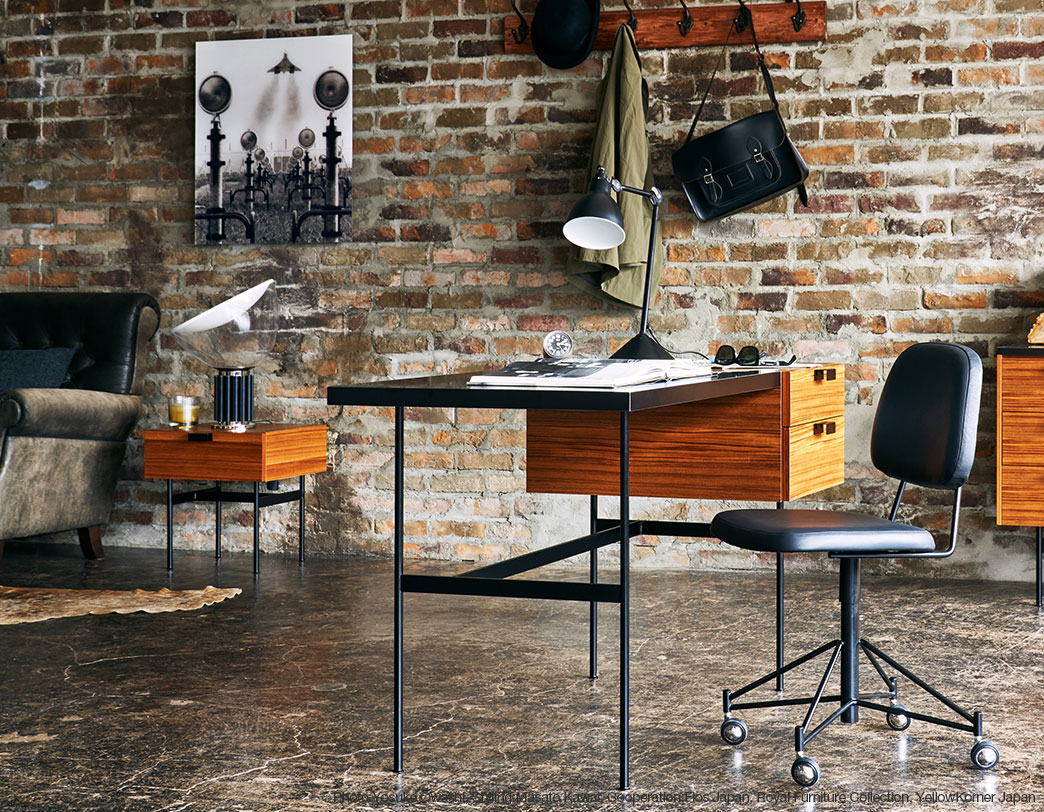 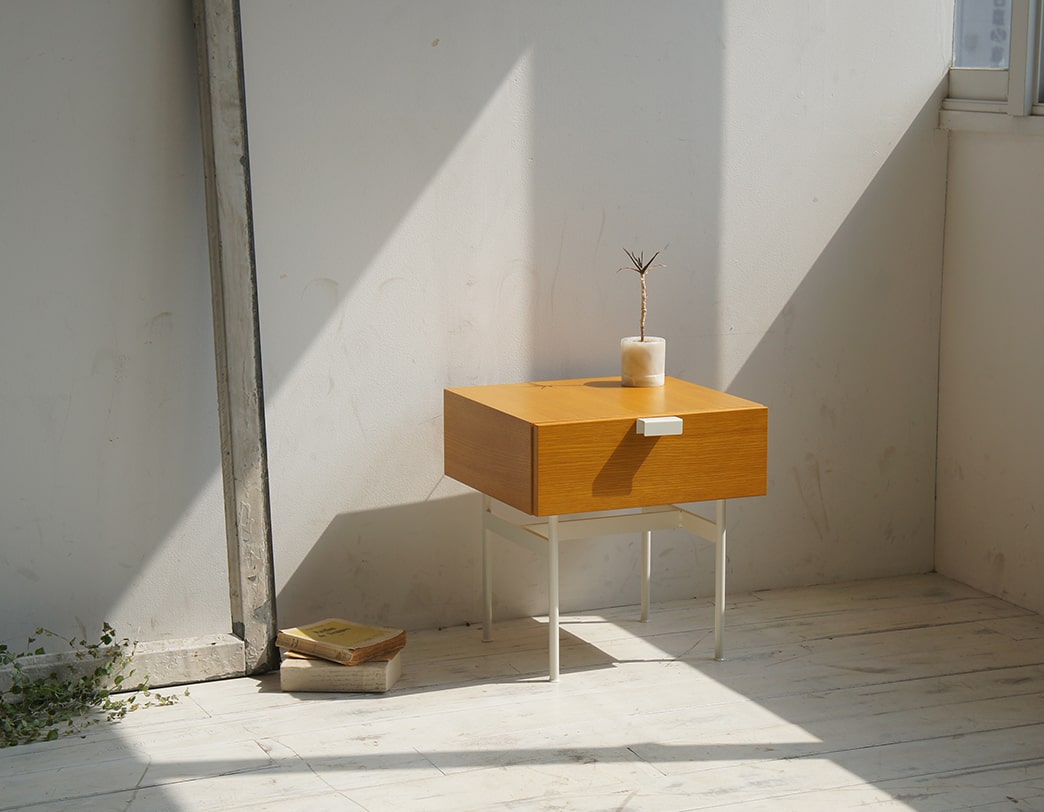 The item has been added to the cart.
Continue Shopping Proceed to Cart
Design: Pierre Paulin (1953)

This drawer table is one of a furniture series designed by Pierre Paulin. It was originally designed in 1953 and revived in 2018 adding improvements based on the original by Metrocs with his foundation. As opposed to the organic designs which symbolized the 1960s, it features a minimal design based around the straight lines seen in Pierre Paulin’s early works that also aims for functionality. The light and calm appearance goes well with a variety of interiors and projects and air of high quality. This multi-purpose table with storage makes perfect bedside or couch-side.