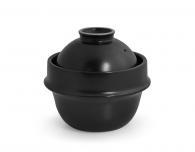 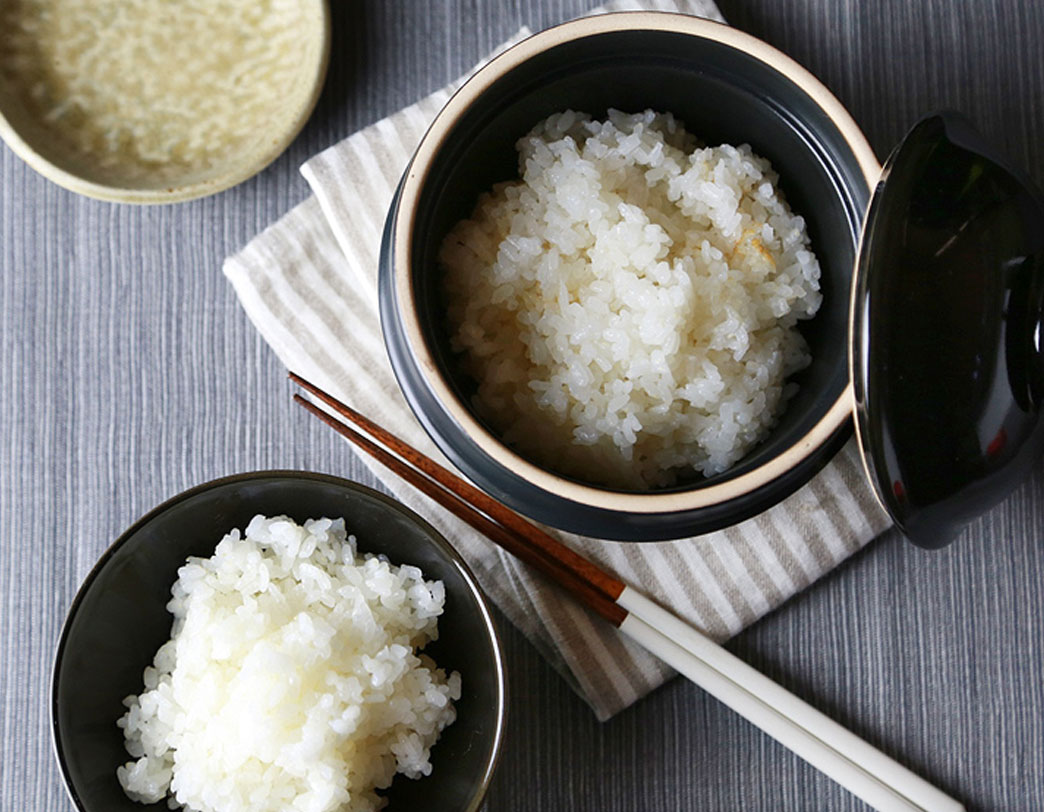 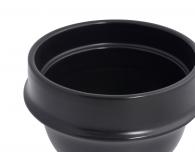 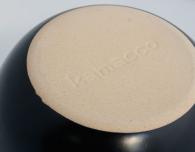 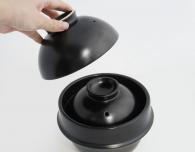 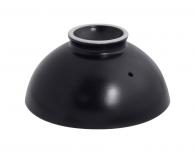 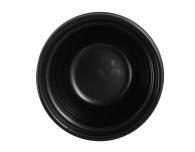 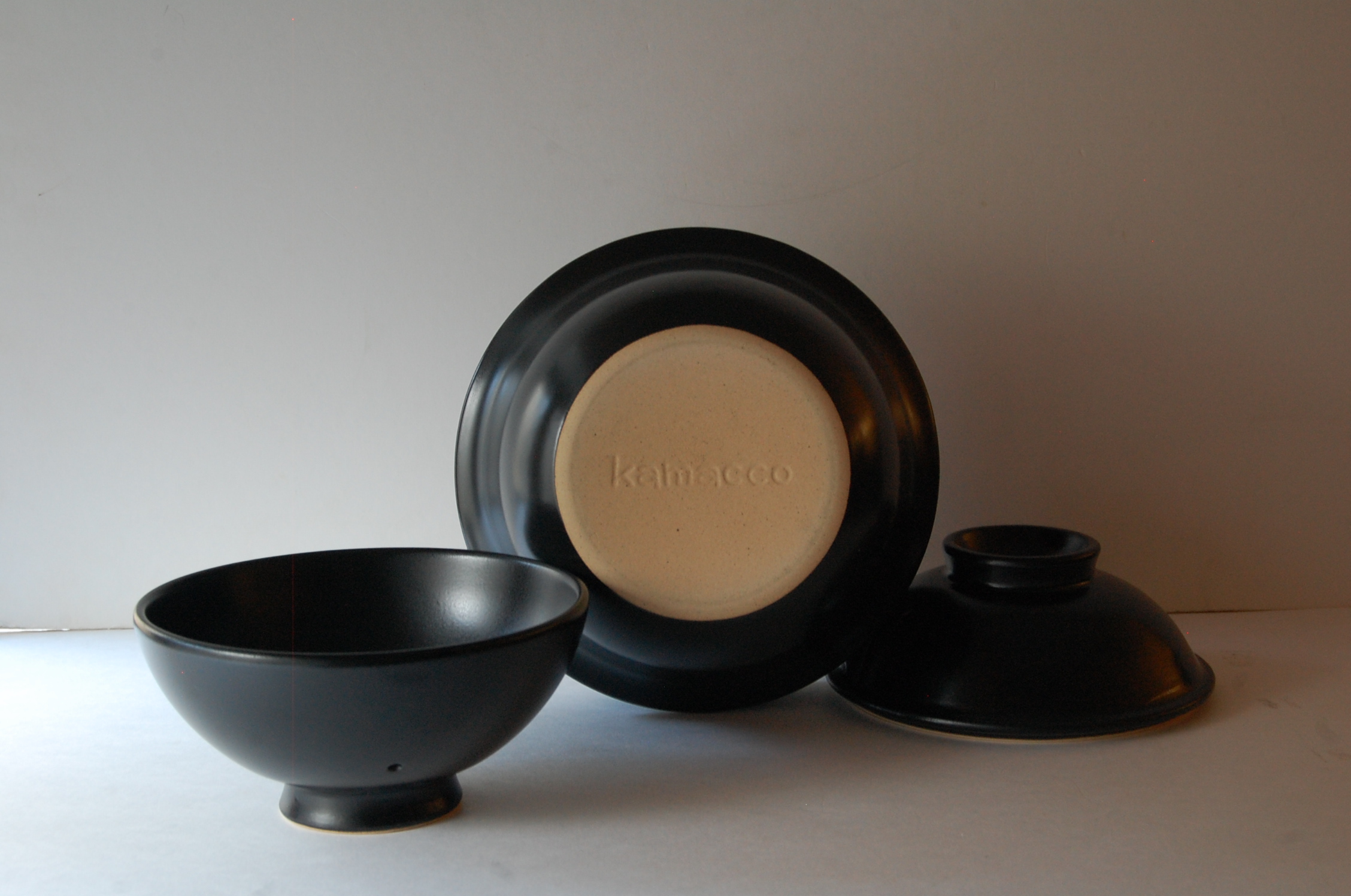 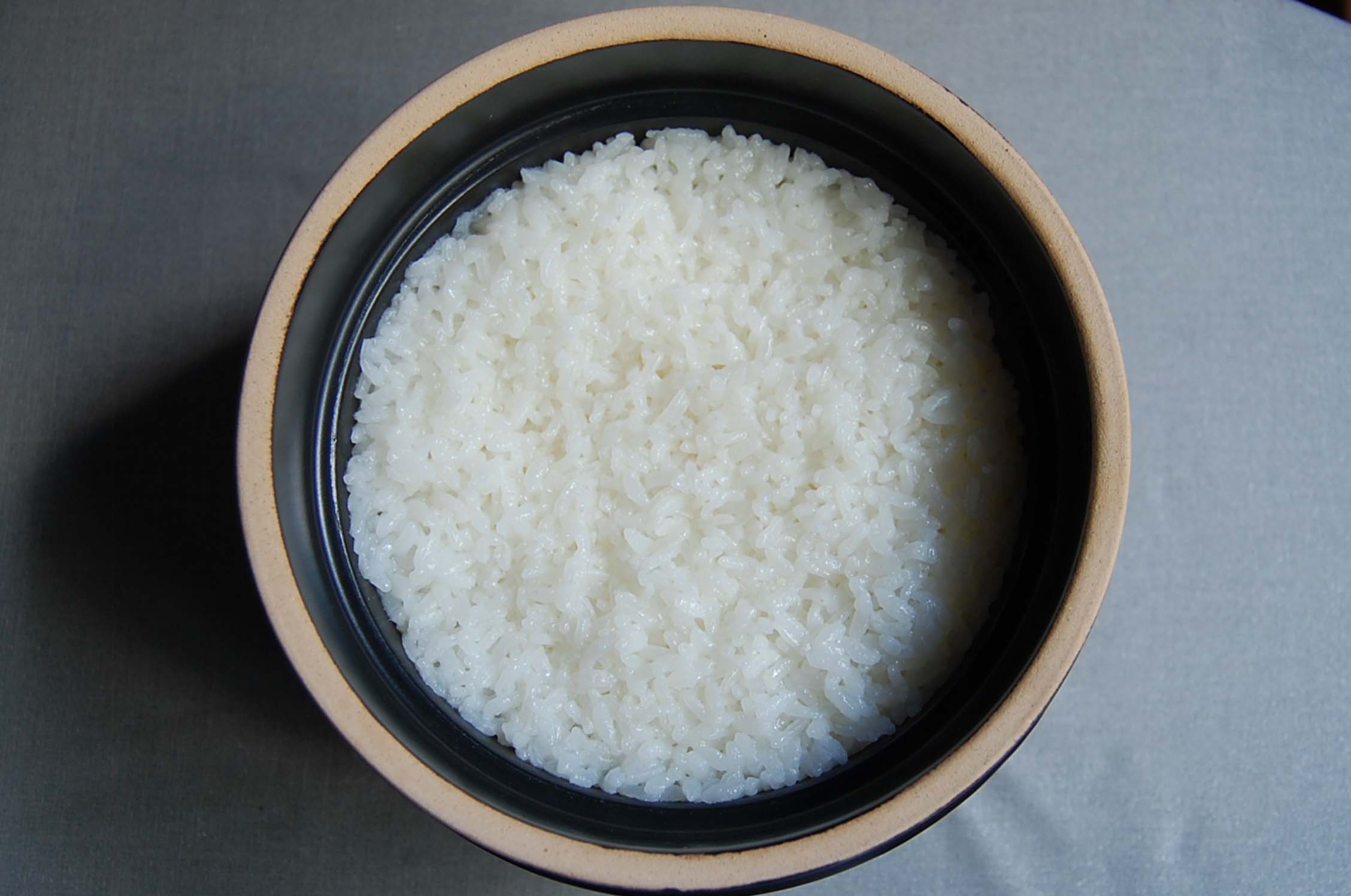 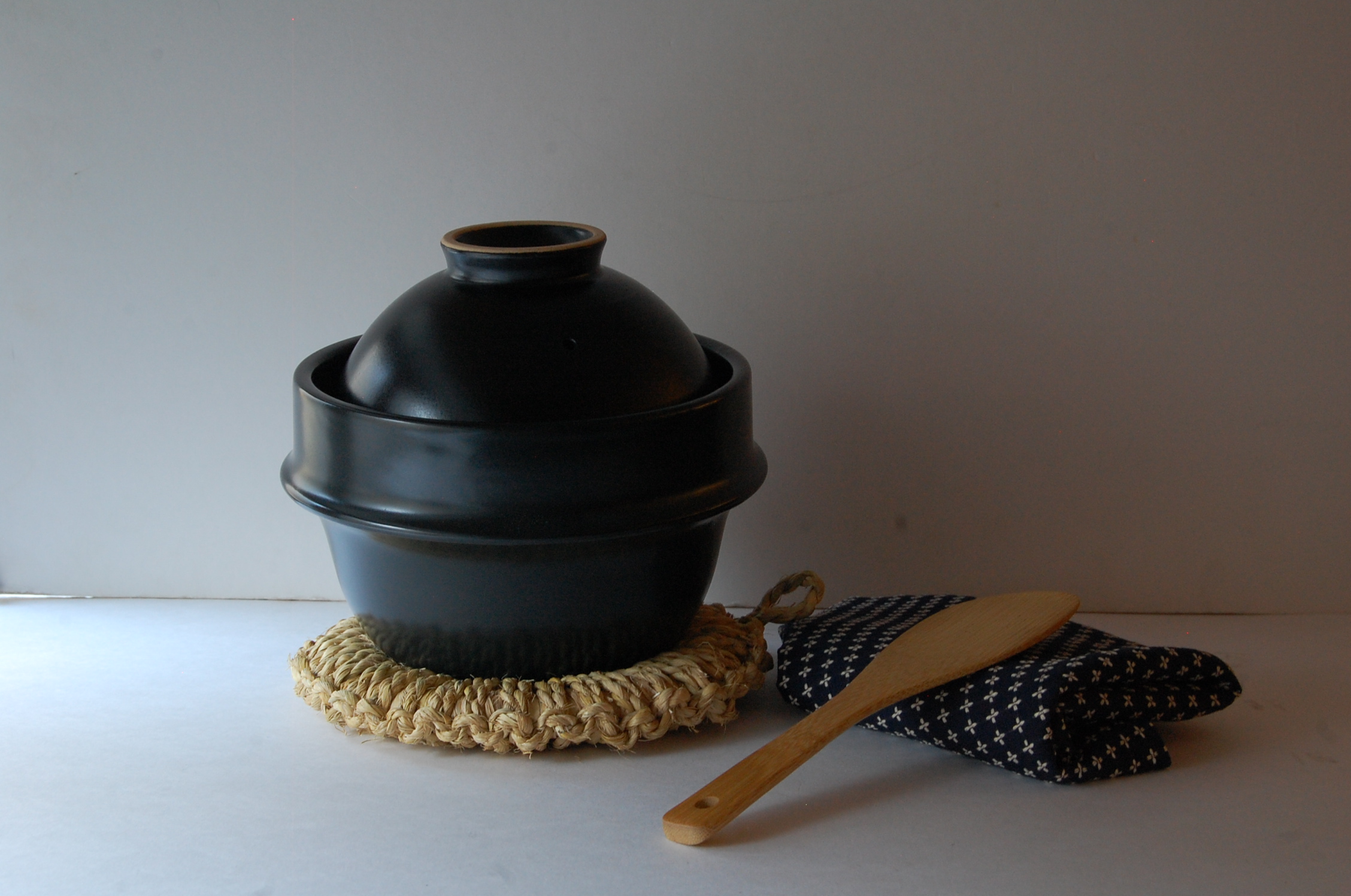 With its double lid structure, the outer lid can be used as a rice bowl. The inner lid is a measurement cap, with its inside volume making one portion of rice (when levelled off), and when the steam hole in the lid is covered up, it gives the proper quantity of water needed to cook one portion of rice.
If you need to re-warm, simply put the pot to the microwave and you will have well moisture rice, as it is freshly cooked.

Mashiko ware began around 1853 by Ootsuka Keisaburou for making practical vessels. Hamada Shouji (1894-1978) lived there from the 1920s and led the revival of mashikoyaki in the folk-art movement. The town is also associated with the British potter Bernard Leach (1887-1979). The distinctive folkish appearance and understated simplicity of Mashiko ware make it appealing tableware.