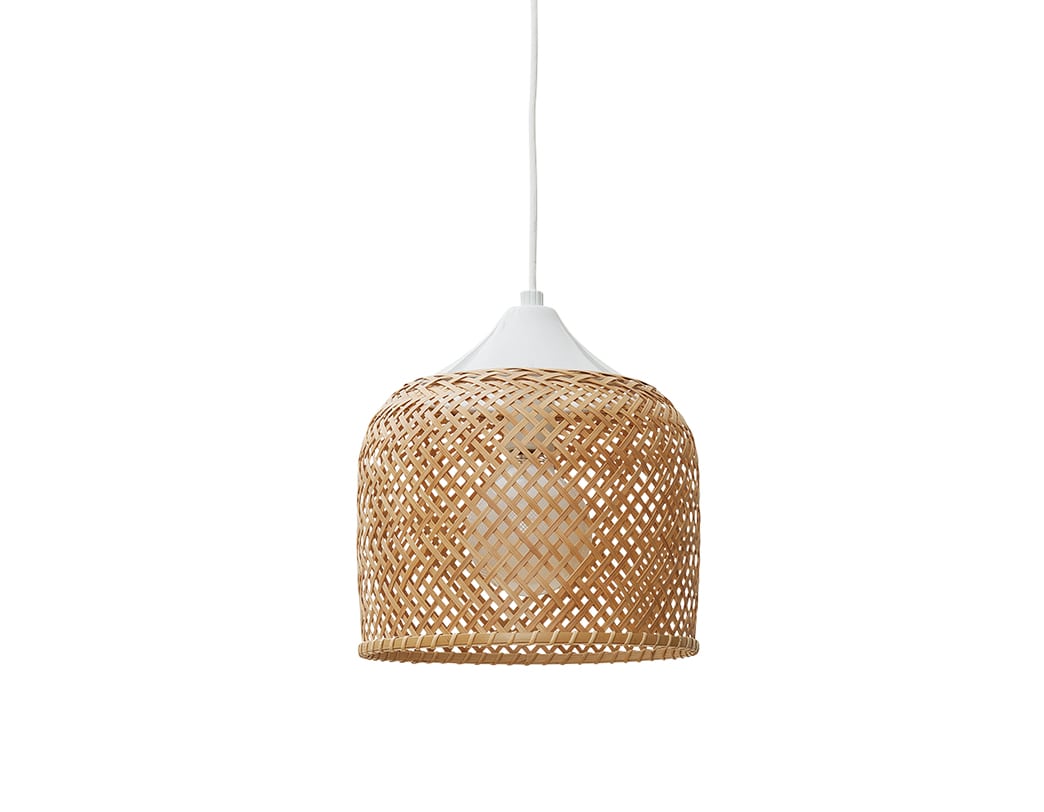 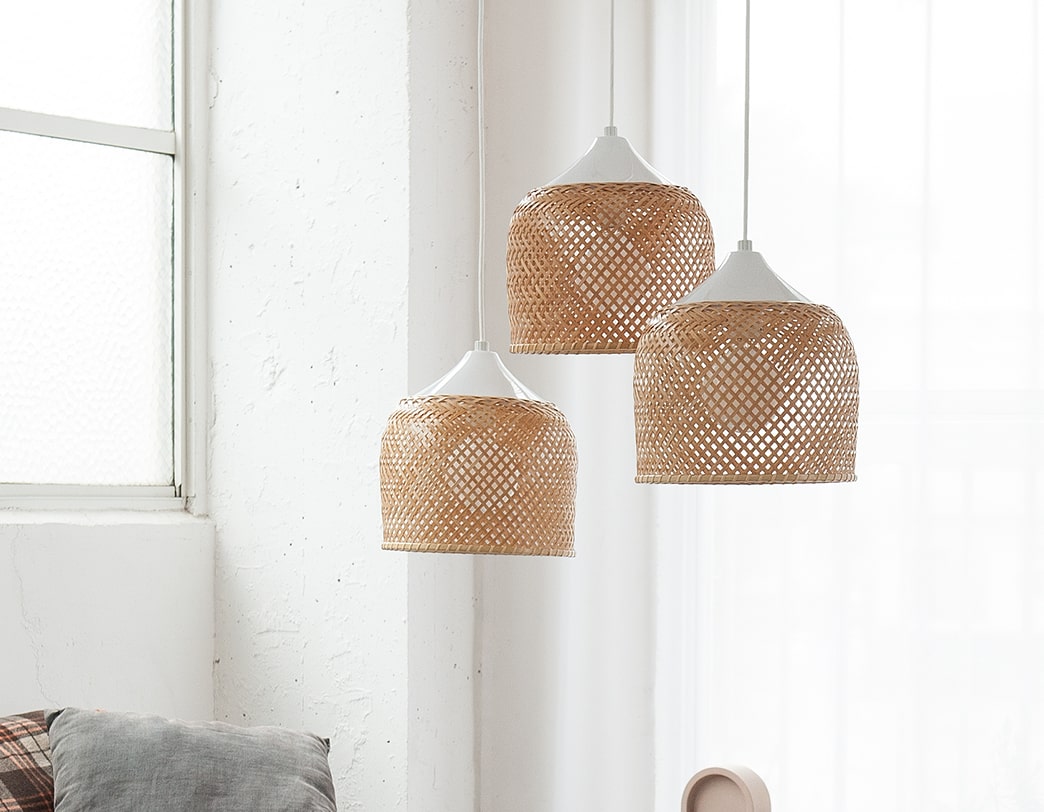 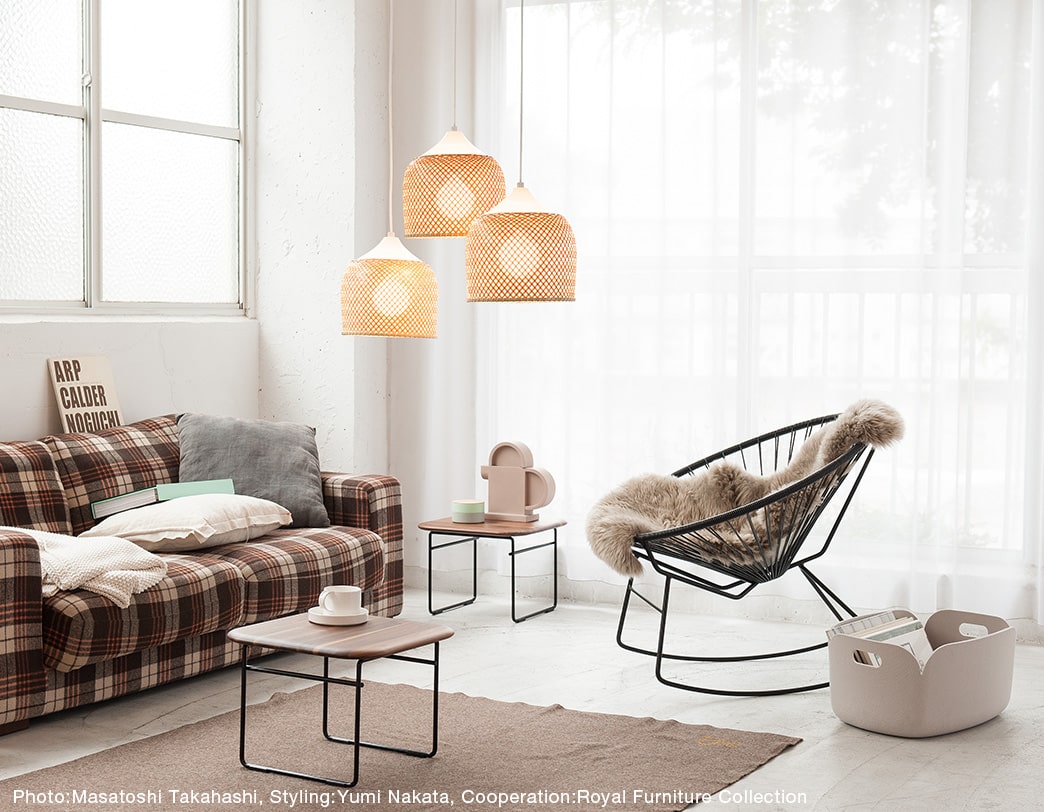 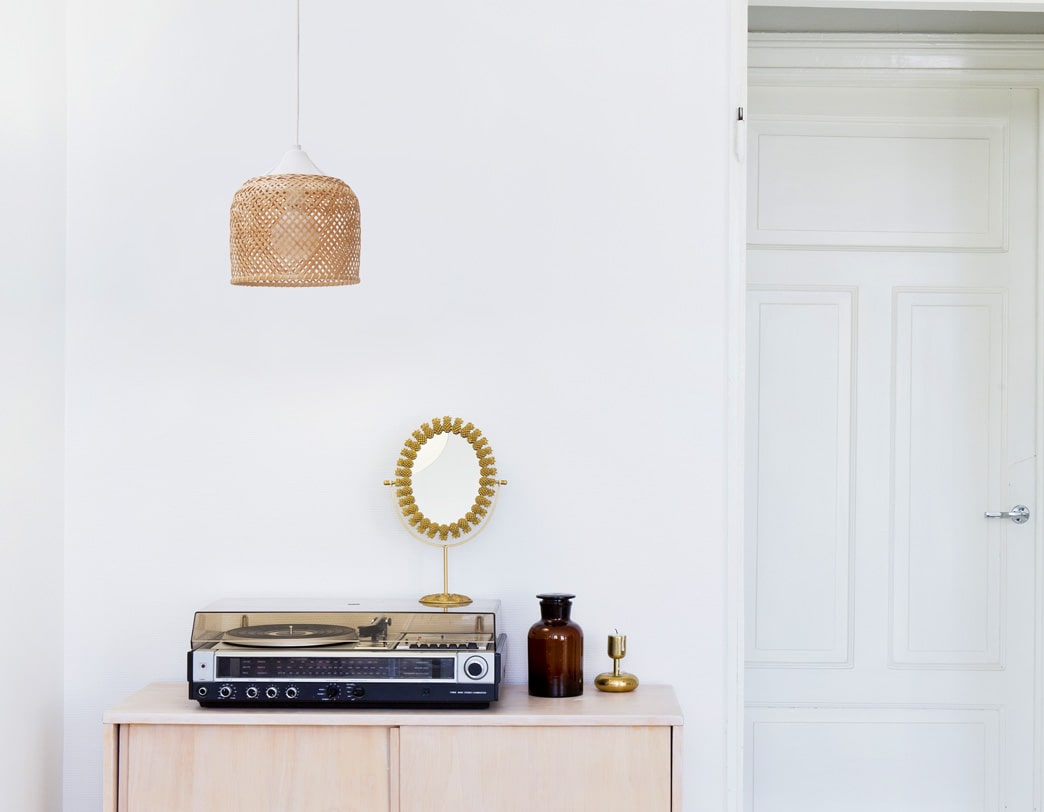 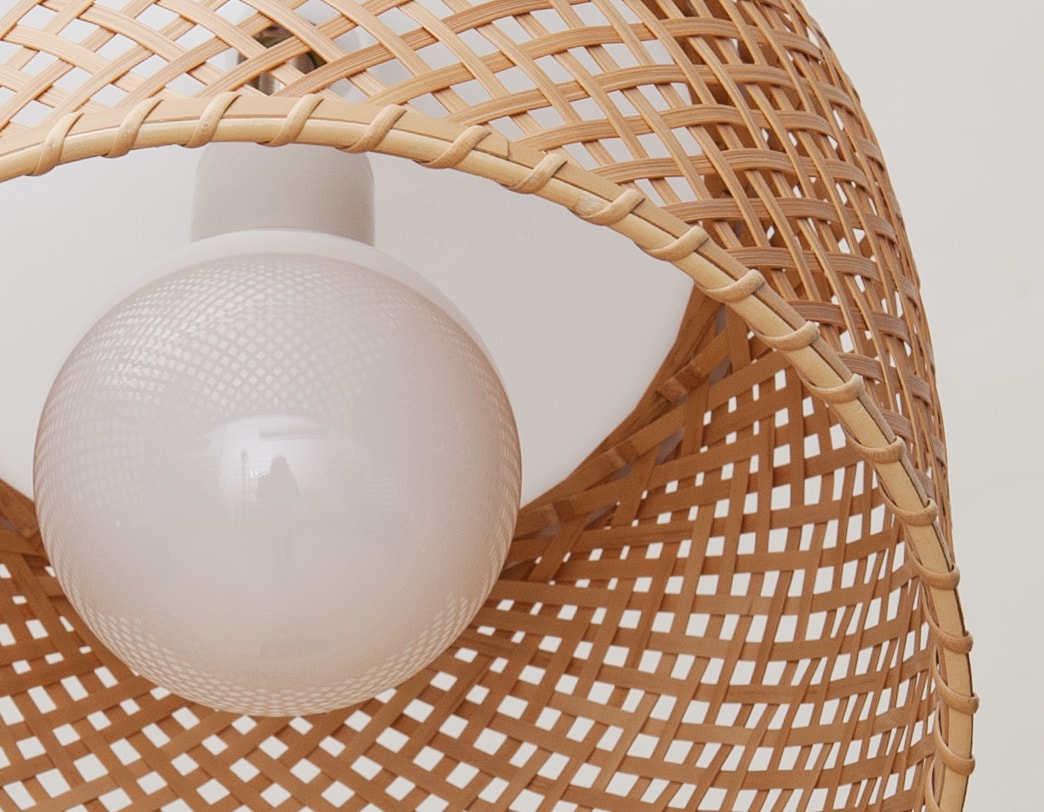 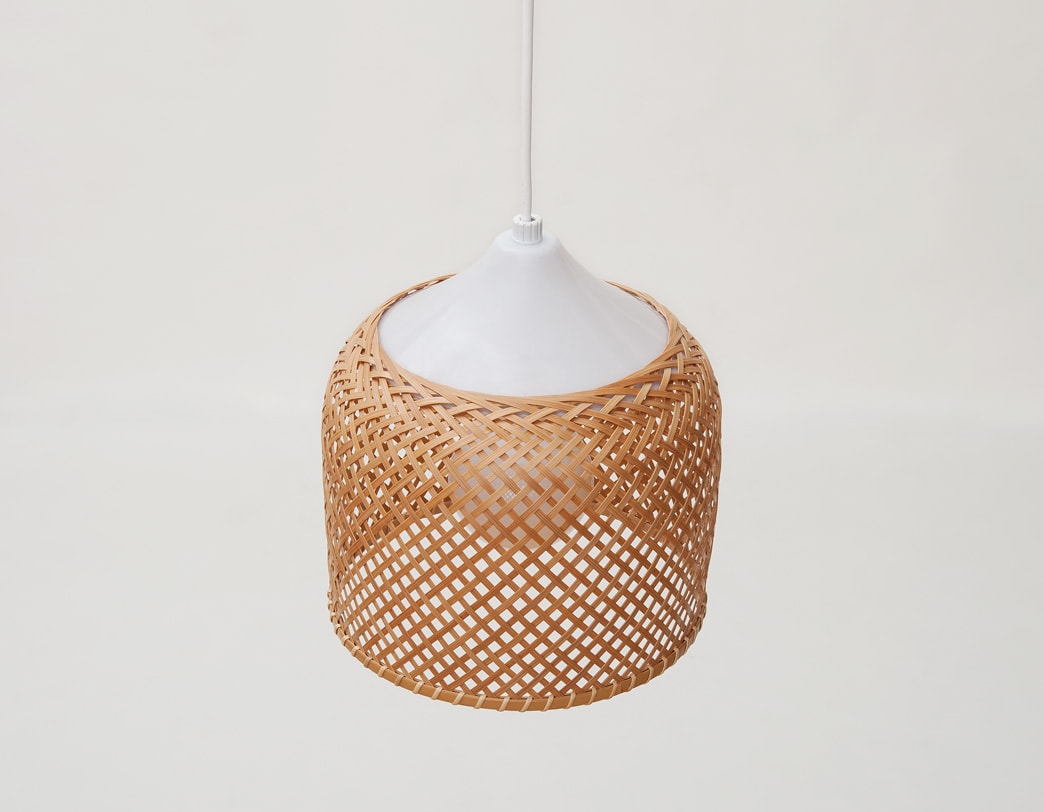 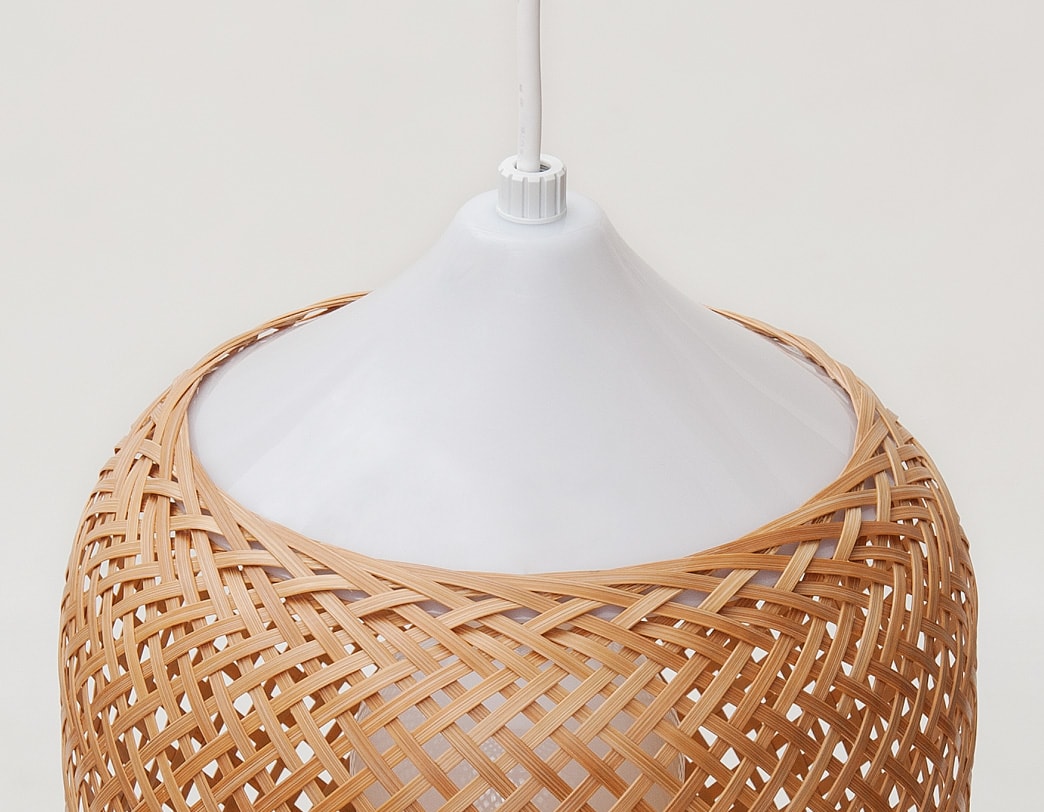 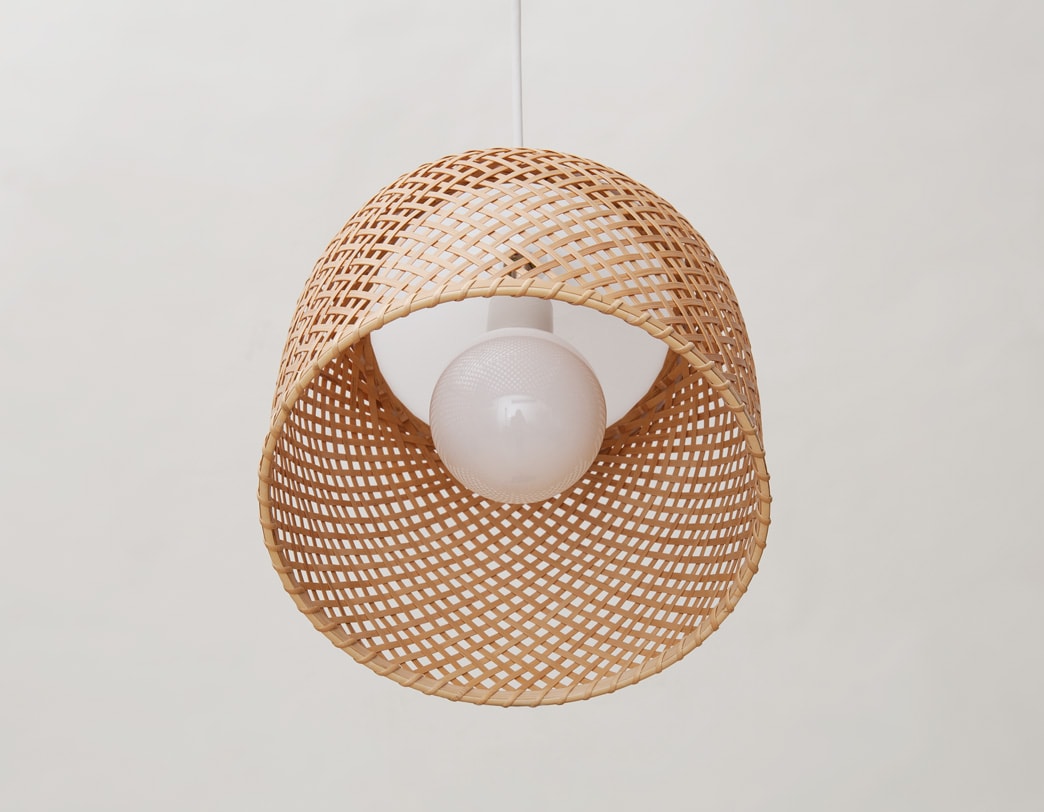 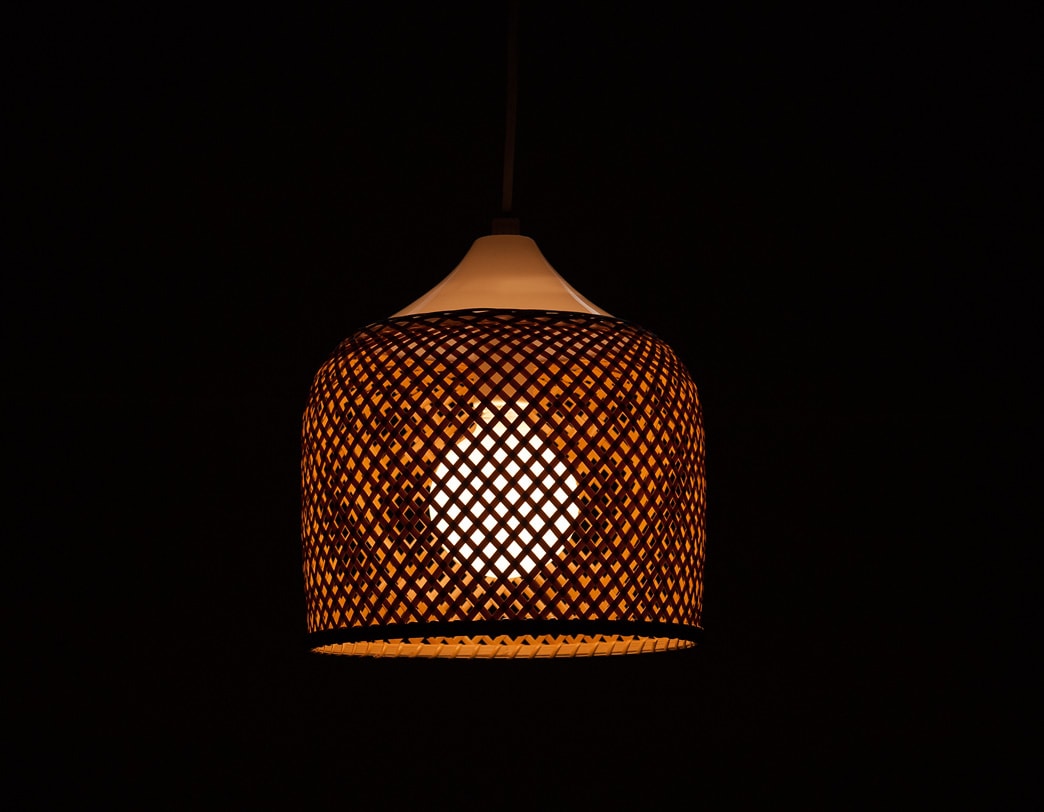 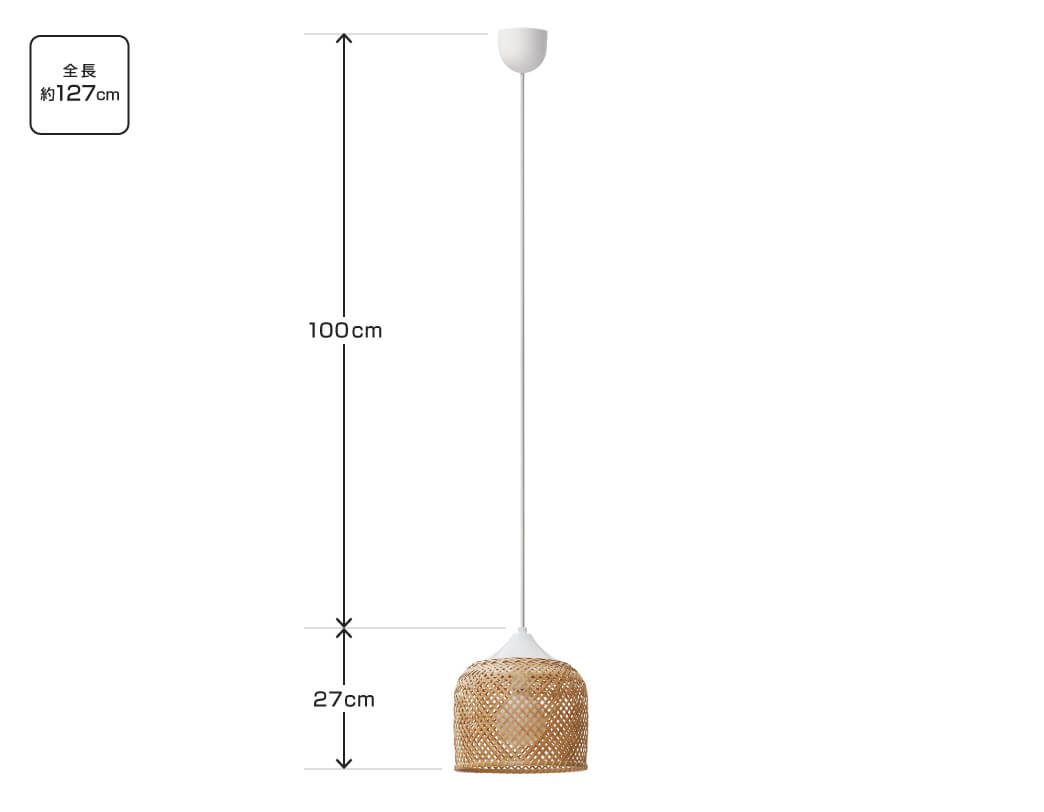 The item has been added to the cart.
Continue Shopping Proceed to Cart
Design: Shosaku Kondo (2015)

[Remarks]
Cord Length: 1 m (cord adjuster attached)
Type: Hook Sealing Plug
Suitable Light Bulb: E26 60W (the light bulb is not included)
*This light system is suitable up to 100V. Only shade without the light system can be sold for the customers outside Japan. Please contact us for the details.

This "Bell" shaped ceiling lamp is designed by Shosaku Kondo who is the pioneer of creating bamboo lamp in Japan. The production of his bamboo light series was halted in 2008 due to the advanced age of the craftsman, but in 2015 he passed down the method of weaving to young bamboo craftsmen in Beppu, Oita Prefecture, enabling a reproduction renamed as "SK lamp" series. The integrated shade which combines the bamboo woven by "yotsume" pattern (symbolic of Kondo) with molded acrylic uses the bamboo outer surface for the inner side of the shade. This creates a beautiful curved and springy from which is characteristic of bamboo.
The "Bell" type is more compact compared with other two types, and is also suitable to put several pieces together in once space.